We visited Aigo today to ask then just one question. ‘Are you planning an xp version of your MID?’
Luckily for us, we didn’t get half way through the question before we saw the XP version of it running on the display. JKK shot a video and I pushed in with the mic and asked for an official response. 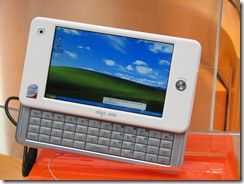 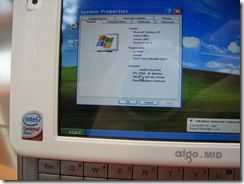 Listen to the interview with Aigo here.