SteveNYC, a member of the forums here, received his Always Innovating Touchbook yesterday. He’s put some words and pics up via Twitter already but we’ve been in touch and he’s been kind enough to share some of his initial thoughts about the device. Steve owns a range of mobile devices so he knows what he’s looking for in a product. [All photos from SteveNYC] 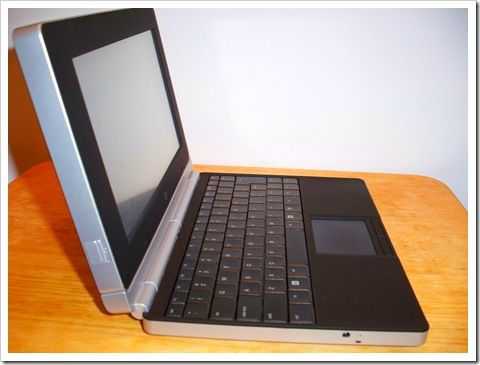 To cut straight to the chase, Steve isn’t that happy with the device and has sent us a list of things he’s not happy about.

I’ve also asked about the browsing speed and he says that it’s slow via the Firefox browser. Apparently the Fennec browser isn’t working for him.

In summary he says:

My issues with the device are not related to the software.  It’s beta software and AlwaysInnovating has been upfront about that from the start.  Considering it’s an ARM processor and not an Intel (lower performance, better battery life) I’m not too surprised.  This is the other side of the power/battery compromise that we’ve seen in a Netbook arena that has been all about the Intel Atom processor to date.  The software WILL improve.  The issue here is simply put… build quality, or lack thereof.

All in all, we’re not getting good vibes from Steve. He’s not the only one with a Touchbook out there though. ‘Adric’ has posted his first impressions.

Overall the hardware is pretty cool. The tablet itself has some weight to it and is not balanced by the weight of the keyboard, so it can tip.The software is labeled as beta and seem to be improving quickly. The community has started up today and looks promising.

There’s the top-heavy problem again and more indication that the software is far from ready. This sounds like Maemo from 3 years ago! The Touchbook is clearly not ready for consumers yet. For $399 you can’t expect miracles, especially from a new, small company but with so much competition out there consumers aren’t going to be rushing into the Touchbook if it’s only in a ‘hack-ready’ state. We’ll monitor the situation and bring you more reports over the next few weeks. We’ll also add articles to the Touchbook information page as we find them.

Thanks to SteveNYC for the feedback so far. You can find all of Steves photos in the gallery.