It looks pretty much like everyone expected. 10 inch, thin, iPhone OS (based.) 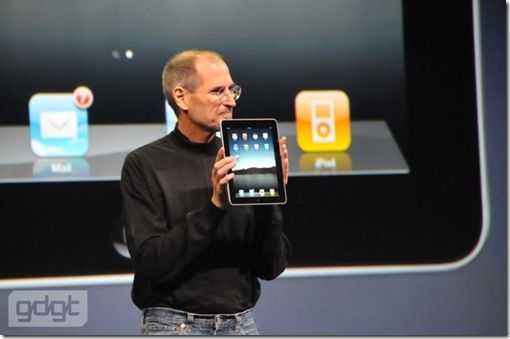 Spec-guessing based on the sizing. Update: Some confirmed. Update 2: All specs now in the database along with image and article links.

Full specs, gallery and links in the database.

Check out the 8 minute presentation video.

Mentioned in the event: 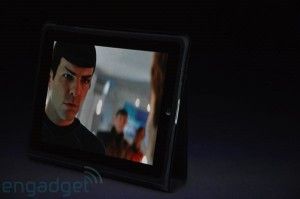 Not mentioned: Dimensions, cam details. Update: Dimensions now in the database. No cam!