If Inbrics really can bring the M1 to market for $200 then we’re looking at a very good value MID/Phone but somehow I get the feeling that the mention of $200 was really a ‘CES Press Special’  i.e. whatever you say in Vegas, stays in Vegas!  The market could bear $300 for something like this so there’s no reason it would launch at such a low price. 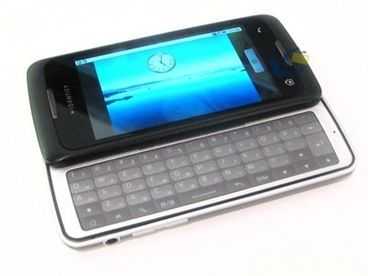 A capacitive 800×480 screen on Cortex with a full implementation of Android along with a nice design and that productivity-helping slider keyboard makes this a ‘must watch’ device. We would have like to have seen a larger screen for real high-end usage and we wonder how long this device will look ‘high-end’ considering the pace that new high-end smartphones are entering the market but it’s interesting all the same.

Here’s a video of the device at CES a few weeks ago.

Thanks to Netbooknews for ‘helping hands’ on this video.