One of the promises of the iPad [Portal page] is that its large capacitive touch surface would be great for having multiple people interact with content on the screen. It’s taken a little while, but I’ve finally found some games for the iPad that are, not only fun, but great for more than one player on a single iPad, and I’ve had a blast playing them with friends and family — some of which are gamers, casual gamers, or not even gamers at all — yet all of them have had fun! Check them out and consider giving them a try!

Harbor Master is a free game which tasks you with guiding ships into their proper ports to have their cargo unloaded. Once the ships are free of their cargo, you need to direct them off of the screen. The challenge is to not have any ships crash into each other. The premise is simple, but things start to get hectic and fun as more and more ships start to crowd the waters, and there is even multiple types of ships to make things more challenging. 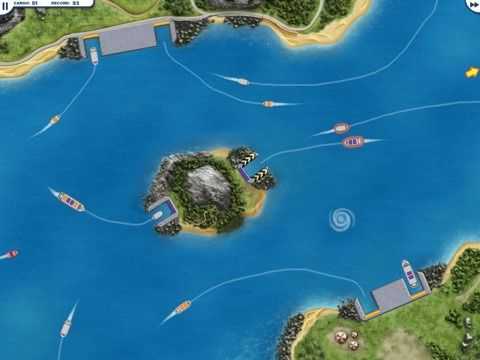 While Harbor Master necessarily designed to be a multiplayer game, it works great as one, and if your hoping to place anywhere on the online leaderboards, you’ll likely need a few friends to help you out with your boat managing abilities. The game works great for multiple players as each player can claim a section of the map to take care of. It makes for some great teamwork too as you send your friends ships to manage while you ensure that your section of the map is copacetic. Check out this video of Harbor Master HD on the iPad in action:

MultiPong is an awesome little game that is clearly designed for multiple players. The game is $2.99 and supports 1-4 people on a single iPad. Think of your classic Pong, then visualize four paddles, powerups, and a dynamic play space.

The map is arranged in a square with pairs of players across from each other. There are several powerups (or sometimes powerdowns) that can be activated by hitting them with the ball:

On top of powerups, there is a dynamic play space. There are several types of bumpers, spinners, and various obstacles that will appear in the center then changed randomly. There is even an ominous storm cloud to obscure your view of the ball. 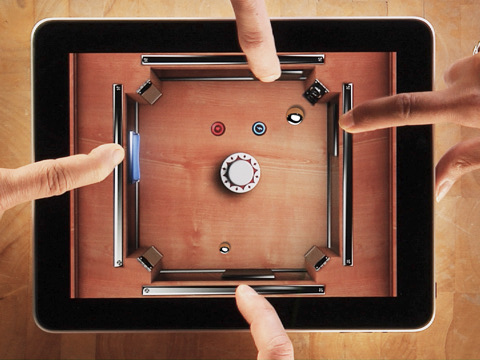 The app looks good, sounds good, and is a blast to play with friends and family! Check it out: