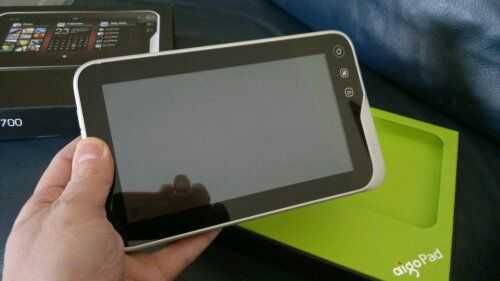 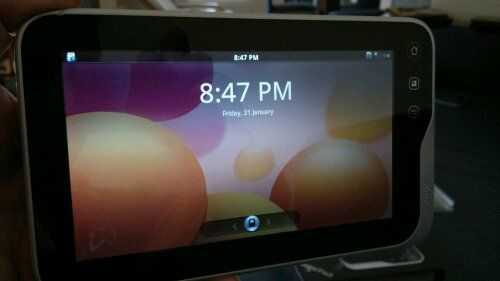 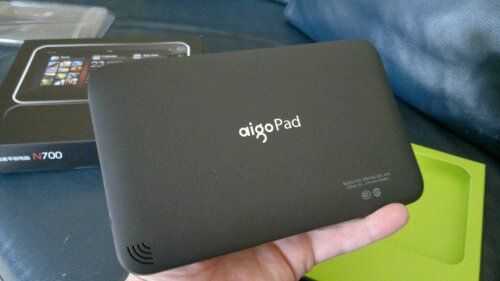 Think4it Solutions have just sent over an Aigo N700 that they are testing with a view to distributing in the UK.  The N700 already sells in China and with 3G, it sells for,  I’m told,  around $300.  Running on an unspecified Qualcomm platform at 600mhz it isn’t the fastest device and I’ve managed to determine that it is an older ARMv6 core which means it’s similar in build to the Viewpad 7. Where the Viewpad 7 has Google approval though,  the N700 doesn’t and that means no Market,  no Gmail,  no Google sync. An 800×480 screen also outs it at the budget level and when you consider that it has an Android 2.1 build, you wonder how this will compete on anything but price.
The build quality and look of the device are good but I’m really looking for a unique selling point.  With the Viewpad 7 covering the lost cost 3G / Google approved market and the Archos 70 covering the low cost, high performance non 3G market the only place the N700 would have fitted is with 3g +  ARMv7 either with or without Google Market to sit between the surprisingly large space between the Archos 70 and the Galaxy Tab.  With Viewsonics next 7-er looking like it might slot in there, I’m doubting the Aigo N700 will fit anywhere unless it comes in at a super bargain-basement price.

I’ll give this some time over the weekend and let you know more next week but for the time being I have to say ‘hold-off.’