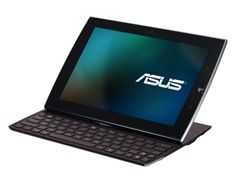 If you’ve read the live blog of the ASUS event today you’ll be aware that 4 devices were launched. It’s interesting to note that there were no traditional netbooks launched which indicates a mainstream status (some will call that ‘death’) of the netbook. What ASUS are doing here is looking for new form factors and operating systems for the 10 inch category and this Eee Pad Slider [product tracking] is one of them.

Priced at $499 â€“ $799, this looks to be a rather good variant of a ‘netvertible.’ In fact, it’s more of a ‘net’-vertible than many other devices we’ve seen. Honeybcomb makes sense here. Tegra 2 should be no surprise. Congratulations to Nvidia for becoming the platform of choice for that version of the OS! 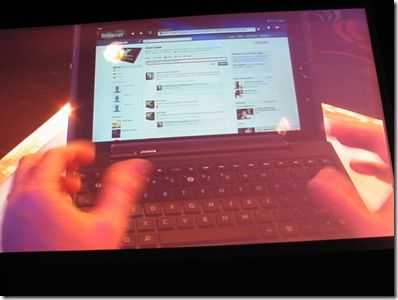 We’ve talked about this before with the Toshibas AC100 and Compaq Airlife 100. It’s the crossover of the smartphone operating system into productivity land.

The launch timescale of May alligns with Honeycomb. All that remains is the critically important task of getting quality tablet and productivity apps out there.

Here’s a video of the real thing.

UPDATE: We are now tracking this product in our database.