On the last day of MWC I just had one more task to do and that was to spend as much time as possible with the Galaxy Tab 10.1. Contacts at MWC had already told me that it was good so I headed over to Samsung with time to spare. 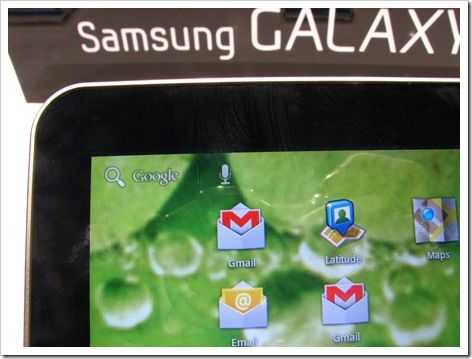 Yes, the Galaxy Tab is a quality bit of industrial design. The back feels slightly disappointing if you’re looking for appeasing materials but it’s practical and I’m sure that it’s going to be of long-lasting quality. The camera is good â€“ not awesome, but good enough. The speakers disappoint. The other part of the product that disappoints, and you might hear this from other reporters is that the UI was a bit underwhelming. Beware, this is incomplete software so we should’nt use it as any sort of indicator. In its current state it’s worse than that Galaxy Tab so I feel certain it can’t go out of the door like that. It was missing Market, some BT features and the browser had a lot of trouble with Google Mail and iGoogle.

In a Sunspider test I managed to get some idea of how Honeycomb and Tegra 2 are going to perform together. The score you see below is 4x better than the iPad and a lot better than results I have from Android 2.1 on Tegra2. A 7 inch Galaxy Tab returns about 7000 ms 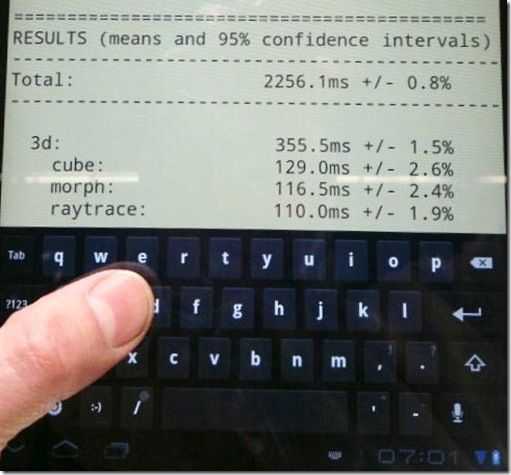 Here’s my hands-on video. I’ll be happy to answer questions below.