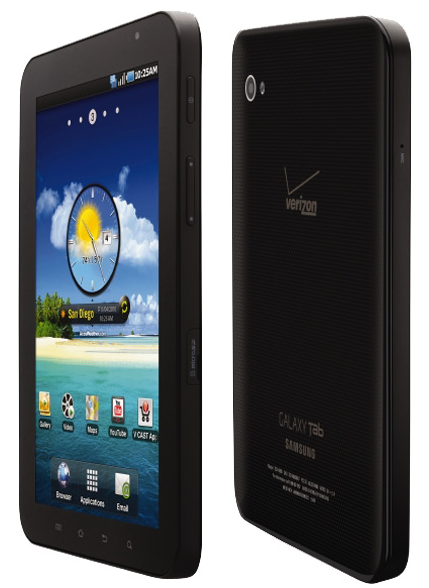 In addition to their 4G smartphone, Samsung has a 4G tablet ready to launch with Verizon’s LTE network. If you are familiar with our site, you’ve certainly seen Chippy’s thoroughly detailed review of the Galaxy Tab, but there’s actually more going into this Galaxy Tab than 4G compatible hardware.

Samsung is bumping the Galaxy Tab’s 1GHz Cortex A8 CPU to 1.2GHz. They’re also increasing the rear camera resolution from 3.2MP to 5MP. The addition of 4G could have a major impact on battery life, but this has yet to be seen since the device hasn’t been released yet.

Next Up: Motorola Xoom