UMPCs, we’re not shy to say, are still important. They’re becoming more important too as people realise that there is a life for devices between 4 and 10 inches. UMPCs offer something that you can rely on to give you a high quality work and web experiences with the minimum of brick walls and maximum compatibility and flexibility.

Unfortunately for pro-mobile fans, the number of true UMPCs has dropped to near-zero with only large-screen windows tablets getting any sort of attention. It’s the Android and IOS tablets that are getting the lions share of attention and development funds though and we are now in a position where we need to keep an eye on the desktop and mobile worlds for solutions that could satisfy our needs.

I’ve done extensive testing and research on the smartbook market over that last 18 months with devices like the Compaq Airlife 100 and Toshiba AC100 but I haven’t found anything that I could call pro-quality. While the industrial designs and computing hardware reach acceptable levels, the immature operating systems and applications truly limit capability and introduce inefficiencies and risk.

Honeycomb, the tablet-oriented version of the Android system is the next-in-line for major testing and the Asus Eee Pad Transformer is the ideal product to test it with. 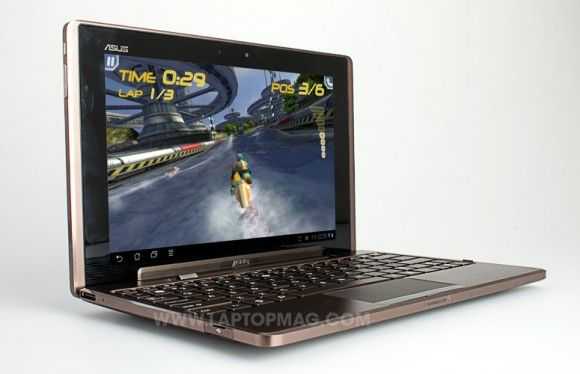 Although I haven’t yet been able to get hold of a Transformer as my Amazon UK order was delayed to June, I have been carefully reading between the lines of the many reviews that are out there. I’m trying to get a feel for web experience, applications, keyboard usage, connectivity and battery life along with an idea about how those ‘HD’ apps are coming on.

So far, I am not seeing an acceptable solution being presented.

While a lot of reviewers seem impressed with the price and design of the tablet, keyboard and docking feature, the battery life and general usability of Honeycomb, there seem to be issues with Web (once again, not the full desktop internet experience) performance and applications. It’s the latter that concerns me the most as it will take the longest to fix and relies on a healthy Honeycomb ecosystem to even seed. I’m also not so impressed with the price.  It may be cheaper than other tablet options but it’s still an inflated price for what you’re getting. Finally, at 1.3KG, it weighs 130gm more than the Aspire one 522 that i’m using right now that has nearly double the CPU processing power and 3D graphics that just don’t compare along with an OS developed for professional use and a huge range of professional software available.

In general, the keyboard and mousepad are getting good reports. A good level of mousepad/OS integration ensures that the unit is not relying on touch input when docked. The battery in the keyboard unit is used to recharge the tablet battery (a very inefficient, but cheap, way of using an extended battery) and the USB ports are of limited use. Mass storage and external mice are supported but don’t exptect to be able to plug in a webcam, usb headset or many other common USB accessories that ‘just work’ under Windows.

In total, the Asus Eee Pad Transformer returns around 9hrs in tablet mode. Some reviews are reporting down to 6hrs. Usage in docked mode is going to depend on whether you dock the device when the tablet is fully charged as the battery in the docking station will try to re-charge the battery in the tablet while also powering the system. The battery to battery re-charge process is going to cost 20-30% of energy. From results I’ve seen the maximum you can expect from the docked unit is about 16hrs which, with a 48wh battery, shows that ARM-based devices ultimately rely on screen, wifi and engineering to get the best out of them, just like X86-based devices. I haven’t seen any screen-off, wifi on figures yet (always-on mode) but am hoping for at least 4 days. If the Transformer is very well engineered, that figure should go up to the 7-10 days range. ElectricPig indicates that the Transformer loses about 10% of battery with Wifi on in a screen-off, syncing on scenario. Assuming that’s about 10hrs of idle, it indicates a reasonable always-on, Wi-Fi connected capability of about 4 days (tablet only) or about 6 days (tablet and dock.)  That beats the Toshiba AC100 my a big margin.

Tabbed browsing is nice, but many reviewers are focusing on this , and the Flash 10.2 experience as a big step forward. For productivity users, these are entry-level features. While thre aren’t too many details in the reviews I’ve seen so far there are indications that the quality of the browsing experience is compromised. I’m particularly interested to hear how Google Docs works with the keyboard. AnandTech reports ”occasional issues’ that include a poorly formated Reddit front page.

Applications – Back to the Smartphone

As I mentioned above, this is the major issue for Android Smartbooks and it’s not one that manufacturers can solve. It will only resolve itself when Honeycomb gets traction, proves numbers and drives teams to develop quality software over a period of months. At the current rate of change in software, we’don’t expect Honeycomb to offer anything like a serious 3rd party productivity application range until at least late in 2011.

Other issues to consider.

Sidenote: The Anandtech review is an interesting read that explores the idea of continuous client and smartphone-based modular solutions.

For smartphone and tablet users, the Asus Eee Pad Transformer must appear quite exciting. It did for me too but I knew there would be issues. The issues of application availability will haunt every attempt at an Android productivity device for at least the next 6 months, probably longer, but if manufacturers fail to capitalise on battery life possibilities and if Google can’t update Honeycomb to finally support a Chrome-like internet experience, there will be limited reason to accept these attempts into the realms of profesional environments and little enthusiasm for creating rich, high quality, professional applications. The few points mentioned above are obvious failings but there are other hidden items that will rise to the surface as people truly start to try these devices out for productivity. Think about multi-user capability for example. Disk encryption, memory upgrade, VGA ports and 3G support are just a few more to consider.

I’m disappointed in the battery life reports, video playback issues, weight and web experience that I’m reading about so far. So much so that i”ve decided to skip the Eee Pad Transformer. I will try to get hold of a review sample but it won’t be something I’ll take on board into my work life. Like the Airlife, AC100, Atrix and other attempts, there’s so much missing, so many brick-walls, so few applications that I don’t expect any major progress until later in the year. The Transformer proves the point that Honeycomb can move in the right direction and as a tablet device, it may well be good value but for pro-mobile users, I’m not recommending it.

Caveat -These thoughts based on my experience with smartbooks, my own hands-on with the Transformer, feedback from contacts and information available in the public domain. Find full reviews of the Asus Eee Pad Transformer in our product page. Reader, owner feedback is encouraged below.