Additional Samsung Series 9 Models Extend Range Up and Down 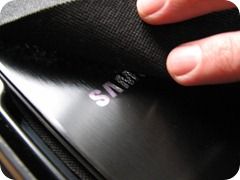 We’re testing the 13” Samsung 900X3A at the moment (and what a peach it is!) but there’s also an 11” model. Unfortunately it uses the first generation Core i3 processor. We bring good news today though because not only have Samsung announced an updated 11” model but there’s a total of 5 new models coming. Look out for bargains on the existing models, at least in the US where the new devices have been announced.

Via Engadget we’ve got this summary.

13” models are available to order now. 11” models will be available in August and we’re already seeing the low-end model being discounted to $999

There’s no information about other markets yet but we would expect the currently services markets to get an upgrade soon too.

What does it all mean? Well at $999 and 2.44lb the low-end 11” model is definitely in Ultrabook territory but one would hope that Ultrabooks delivery a little more storage than 64GB. After recovery partition and installation there will be around 40GB free. Remember too that the Core i3 doesn’t have Turbo Boost although in those dimensions the thermals will be so tight that Turbo might not get much of a chance anyway. 2GB RAM should be enough for most consumer operations.  At $999 event the low-end model is expensive but this still remains a unique device in the market until cheaper Ultrabooks come along.