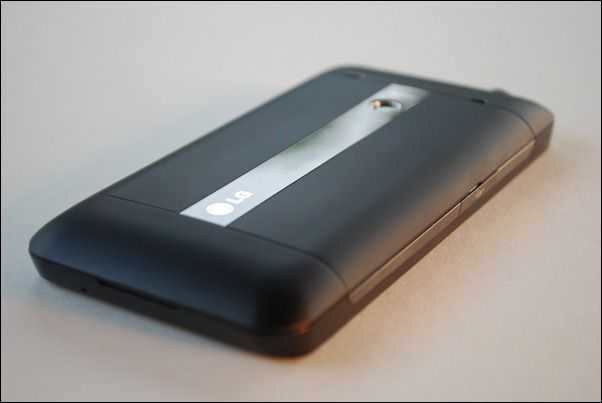 The LG Revolution is a relatively simple phone in terms of design, but it’s less boring than it might seem. The stripe down the back of the phone may be a turn-off for some, and I don’t like the fact that it’s loaded up with logos (LG, Verizon, and 4G LTE), but other than that, the stripe doesn’t bother me too much.

The casing of the phone is made from plastic, but the phone feels dense which helps it feel like a well-built device. The back of the phone is matte which is great because the case is not a fingerprint magnet like some phones with glossy plastic casings. 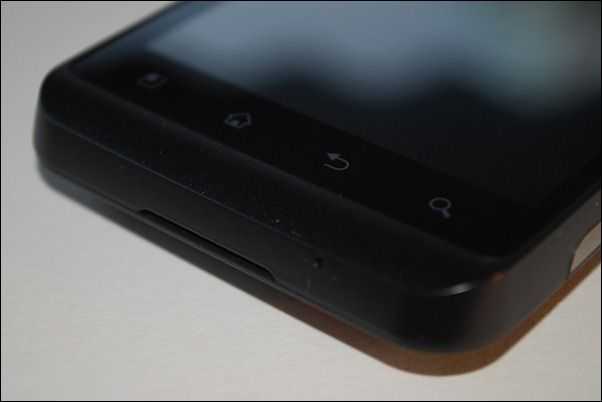 The phone has a bit of a ‘chin’ under the capacitive buttons which has a brushed-aluminum look to it which adds a bit of visual complexity to what would be an otherwise bland area. 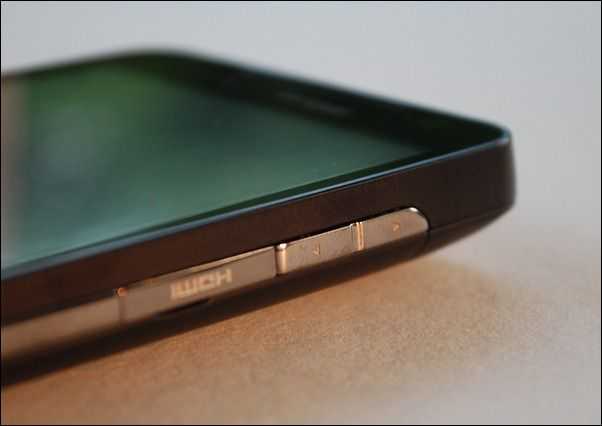 Both the Micro USB and mini HDMI-out slots on the left and right of the device are covered with plastic pull-out covers that fit nicely and are there to prevent dust from building up in the ports. I’m glad that they fit well, but with such covers I’m always worried about their propensity to break after extensive usage. The one covering the Micro USB port may be particularly susceptible because you’ll likely have to pull the cover off to charge the phone every night. During my usage I saw no signs of breakage, but this is something that may happen in the long term, so be careful with the covers. 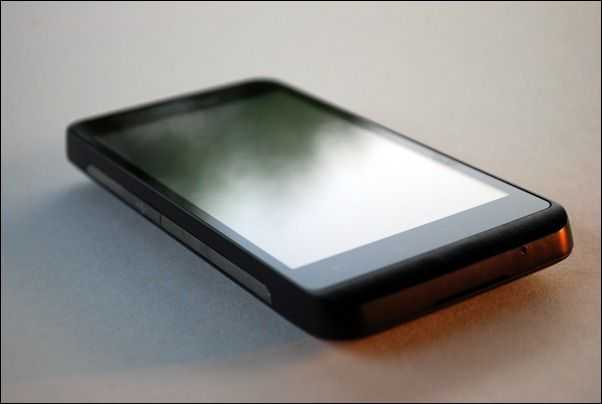 The LG Revolution’s 4.3 inch capacitive touchscreen looks huge thanks to a thin bezel on the left and right. The screen is crisp and the backlight can get very bright. Direct sunlight usage isn’t great but it’s on par for this type of screen.

From a technical standpoint, the mid-range of blacks aren’t well defined from one another on the Revolution’s screen, as well as the upper end of whites, which means dark scenes in movies and videos will be a pain to watch, and any particularly light scenes or very white photos will lose much of their detail.

Gamut isn’t overly bad on the Revolution, but it is bested by the iPhone’s IPS display. Color saturation is perhaps slightly too high, but is likely unnoticeable unless you are testing it specifically.

Black levels are in line with what is expected from this type of display, which means they’re pretty awful (especially next to an AMOLED display). Contrast is about average for a backlit LCD, but again that’s not saying much. Leave the movies on the big screen where they belong (at least until you get yourself a phone with an AMOLED display).

I have to say that I’m rather annoyed by the recent mega-screen fad. My hands are fairly average in size, maybe a bit on the small end. I could see a few 4.3 inch phones appealing to those with particularly large hands, but they aren’t ideal for your average person. The LG Revolution’s screen is the same huge 4.3 inch size as the HTC Thunderbolt, the Droid X2, and the Droid Charge, and plenty of other phones currently on the market (I can only hope that Apple doesn’t bump the next iPhone up beyond 4 inch).

The Android phone interface doesn’t work well with one hand and a 4.3 inch screen. This is bothersome because I use my phones with one hand the majority of the time, and I suspect many others do as well.

Bringing the size down to 4 inch might quell the problems somewhat, but because Android regularly requires that you reach from the very top of the screen (to access the notification menu) to the very bottom (to reach the four system buttons), 4.3 inch is just too much for comfortable one handed use, and this is one of my biggest gripes with the LG Revolution from a physical standpoint.

I’m hoping that the huge screens go away in favor of more ergonomically sized ones soon.