Sony Lets Media Get Their Fingers on New Tablets [video] 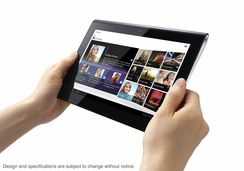 Some members of the media were granted access to a Sony event held in Germany yesterday. Front and center at the event were the Sony S1 and S2 Tablets (which were first announced back in April), both of which take a differentiated approach to the tablet solution. Quite a few sites got some hands-on time, so let’s go through some of the general impressions.

As one would expect, Sony seems to have nailed the hardware design. The S1 is a “full-sized” 9.4 inch tablet running Android 3.0 Honeycomb. Most of the press seem to feel that its design invokes the feeling of a folded newspaper or magazine. One item of note is that the rear of the device is textured, which should result in better grip. I think a lot of tablet manufacturers fail to recognize the importance of grip in a tablet device. Good grip can compensate for a device that might otherwise be deemed too heavy.

In stark contrast to the S1’s design, the S2 features two 5.5 inch screens, and folds into a clamshell position for transport. It also currently runs 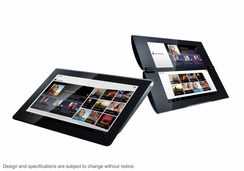 Android 3.0 Honeycomb. I suspect that the actual OS version at launch might be a step-up of the 3.x-series by the time the S1 and S2 ship. Sony was mum on specs today. However, they did announce that the S2 will launch running on AT&T’s 4G network. AT&T has an HSPA+ network now, and is deploying LTE networks this summer. No one from the press appeared to get specific word on which variant the S2 will support, or if it will support both.

While most 10-inch Android Tablets are deploying with 1200 X 800 displays, the S1 has a 1280 X 768 screen. Despite the slightly lower resolution, the report from Germany is that viewing angles were good from both side and overhead perspectives.

Both devices are Playstation Certified. The jury is stil out on whether or not this feature is truly value-added. It certainly has not hepled reception of the Xperia Play, which debuted to lukewarm reviews.

This Is My Next caught a solid video of the S1 and S2 in action:

All-in-all, the hands-on reports seem to indicate positive interest. Of course, the proof will have to wait until the actual launches. No one is really certain how the Sony proprietary customizations of the Android OS (Quick View and Quick Touch) will be received. Sony’s Android solutions have not been hits so far, neither have they been complete failures. We’ll definitely let you know if these devices hit the mark or not when they release later this year.