I recently had a late evening flight delayed which left me with about an hour before boarding. While waiting in the lounge I thought I’d seize the moment and catch up on some work. Unfortunately I had forgotten my AC adapter for the laptop and, in the interests of saving weight, decided to not bring the tablet. Running out of power is the curse of the mobile worker and that’s why all day computing on a device has been such a sought after feature. I had my Motorola Atrix with half a charge in battery which meant I could easily do all my work and even watch a movie on the flight home with battery to spare, but it would all be on the small screen.

As an experiment rather than give up I decided to try to get my tasks accomplished using the phone only. I had to check some emails which would undoubtedly require responses, check on my RSS feeds, and I had some things I needed to add to a document I have been working on.

Having resigned myself to the fact that I would have to use the small on-screen keyboard I actually found it surprisingly easy to do so. Consumption of content was simple, the high resolution and good brightness of the screen made reading simple. With the text an appropriate size in the RSS reader and the ability to zoom in on web pages the phone does a great job of making an hours worth of reading easy. 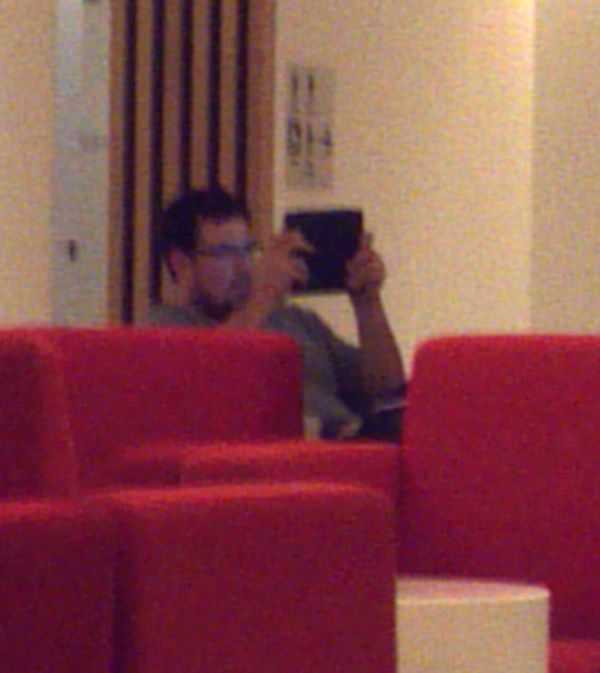 I spotted two or three people using iPads and they were all in what I’m calling the “iPad stance”: holding the device at uncomfortable looking angles to allow reading. I can’t imagine getting any really productive work done on this style device and even consumption of content would be made hard by the form factor and screen resolution.

I prefer a laptop form factor for lengthy reading tasks because I find it easier to operate without having to hold the device. That’s what appeals to me so much about the Asus Eee Pad Transformer; tablet when you need it, laptop when you need it.

I think things would have been made easier if I had taken the lapdock along but that is almost laptop-sized and would have been a burden if I had taken it in addition to the laptop. I think the Atrix lapdock is a neat device but it seems to be like taking a laptop with you from a weight and size perspective but with half the features of a laptop.

I responded to emails, surfed, texted and read and then watched a couple of TV shows on the flight. All on the phone and still had juice in the battery at the end of the day. Maybe next trip I’ll try taking a small mouse and a foldable keyboard with me and leave the laptop on the desk where it belongs.