Today at an event in New York, the CEO of Amazon, Jeff Bezos, introduced three brand new Kindles, and the much anticipated Kindle Fire, a 7″ color tablet designed to connect customers with Amazon’s content.

Let’s start quickly with the new Kindle E-Readers. The three all-new devices will run $79, $99, and $149, for the Kindle, Kindle Touch, and Kindle Touch 3G respectively. 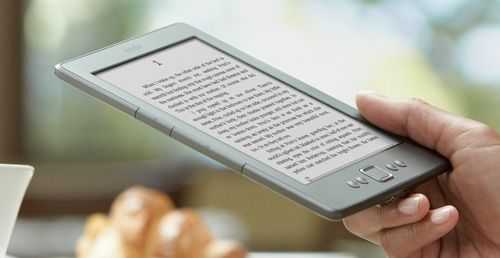 The bottom-end $79 Kindle has no keyboard and does not have a touchscreen. Instead, it has a navigational pad underneath the screen. It’s also even lighter than the previous generation at 169.5 grams (5.98 ounces), which is impressive considering that the prior generation is only 240 grams (8.5 ounces). This non-touch/non-keyboard Kindle is WiFi-only and has the 6″ E-ink Pearl display that you know and love. Battery life is rated for 1 month. 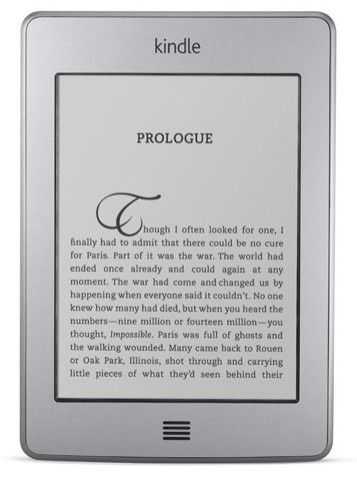 The Kindle Touch, a similar looking device, is basically the same thing as the existing Kindle, but with am infrared touchscreen instead of the keyboard. It’s a bit lighter than the prior generation of Kindle, which Amazon is now calling the “Kindle Keyboard”. Aside from the touchscreen, different chassis design, and a slightly lighter weight (213 grams [7.5 ounces] vs 241 grams [8.5 ounces], the Kindle Touch is almost identical to the Kindle Keyboard. Battery life is rated for 2 months and you’ll be able to get the WiFi-only version for $99, or the WiFi+3G version for $149 ($10 more than the WiFi+3G version of the Kindle Keyboard).

Official product pages for the Kindles: 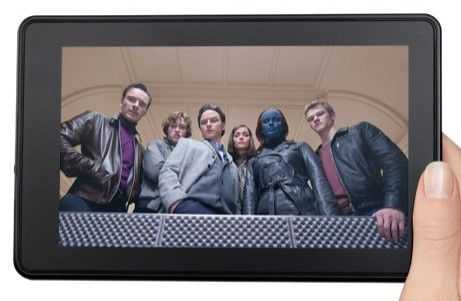 Now on to the juicy stuff. Amazon’s entry into the tablet world starts with the interestingly named Kindle Fire for $199. The display is 7″ IPS @ 1024×600 and it runs a heavily customized version of Android which is not licensed for use with the Android Marketplace (which means you won’t see official version of Gmail, Maps, YouTube, etc.), but will instead rely on Amazon’s Android App Store. The processor hasn’t been detailed yet, all we know is that it’s dual-core… thanks for the buzzword, Amazon. 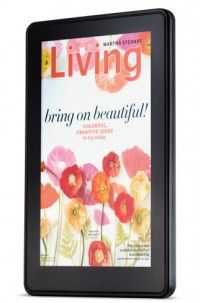 The Kindle Fire weighs in at 413 grams (14.6 ounces), is WiFi-only, has no cameras, and has very few ports — just a 3.5mm audio jack and a single micro-USB port. The only capacity option is 8GB. Amazon cut this down to reduce cost and says customers won’t have to worry because anything they buy through Amazon will be backed up on its servers to be re-downloaded when you want it. Not a bad idea, but I feel like there might be demand for higher capacities, and Amazon could probably add that easily at a later time if they see the need.

Of course the reason Amazon is making this move (into the tablet space) is to provide customers with a means to access all of their digital content. Through the Kindle Fire, you’ll have easy access to Kindle Ebooks, Amazon Prime Instant Video, Amazon’s MP3 store and Cloud Player. Amazon is giving out a free month of Amazon Prime — which entitles users to a library of free instant-watch videos, and cheap/speedy shipping for purchases from Amazon — with the purchase.

You’ll also find a program called Amazon Silk on the Kindle Fire. This is a web browser from Amazon that leverages their cloud-computing infrastructure to bring you websites more quickly. The details of how it works are somewhat technical (you can find out more here), but Amazon hopes the end result will be a desktop-like browsing experience in the customer’s hand.

The low price is an extremely important aspect of the Kindle Fire; the company is likely breaking even, if not losing money on the hardware, but they hope that it will be worth it to lead customers to their digital content and physical goods.

The Kindle Fire is up for pre-order already for $199 and will be released on November 15th, available in the US only for the time being.