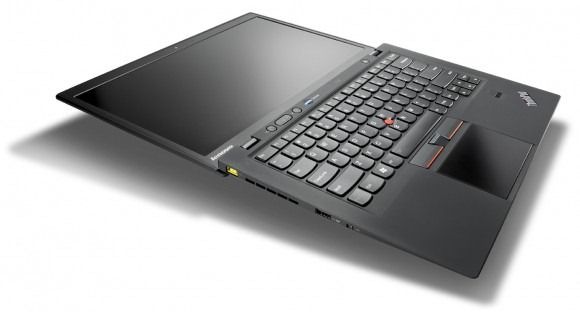 The X1 Carbon is the second Ultrabook that we’ve seen that is built on a carbon fiber chassis. (The LuvBook X is also the lightest Ultrabook in its screen class.) Screen resolution is 1600×900 and is said to be wide-angle, but not IPS. As shown in the image above, it’s matt and it folds back flat.

The ThinkPad Precision Keyboard looks very much the same as the one we’re testing in the U300S right now but it has the touchpoint button, a fingerprint reader and the Thinkpad style mouse buttons. It will be backlit too. RapidCharge and 3G/4G options will be available.

CPU details are under embargo which makes sense if it’s a true Ultrabook but expect similar options to other devices across the i3, i5 and i7 range. Storage will be 128Gb or 256GB SSD. Lenovo also announced a USB 3.0 docking station. We suspect that will be similar to the Toshiba Dynadock USB 3.0 and a fairly universal product.

Pricing has not been made public but this is clearly going to be a device that extends will into the $2K range. As far as we can tell, Lenovo did not announce any Ivy Bridge update for the existing X1. Availability: Summer 2012 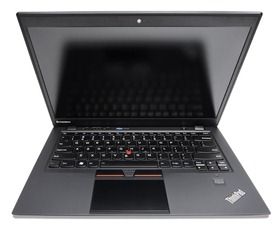 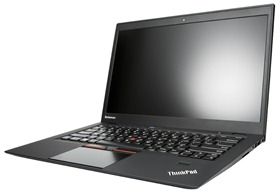 Via Notebookcheck.net and The Verge who have some hands-on pictures.