The Acer M5 Timeline U has always been something of a price-setter in the Ultrabook field so it’s no surprise to see a touchscreen enabled version launching at a $799 entry-level price.  In addition, Acer will be offering the interesting Ultrabook-alternative V5 notebook in 14 or 15 inch sizes with a touchscreen. 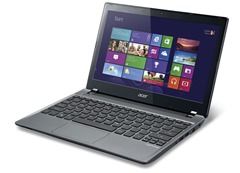 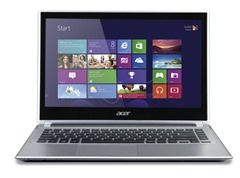 For a slightly cheaper touch-enabled WIn 8 experience take a closer look at the Aspire V5-471P. It won’t have the hybrid hard drive tech as it’s not an Ultrabook but it will cost just $749 in the USA. We assume that’s for a Core i3 version.

There’s two things to take away from the pricing here. Firstly that $799 is likely to be the base RRP level for touch-enabled Ultrabooks. Secondly, if you compare touch and non-touch models, you’re seeing about a $100 premium.