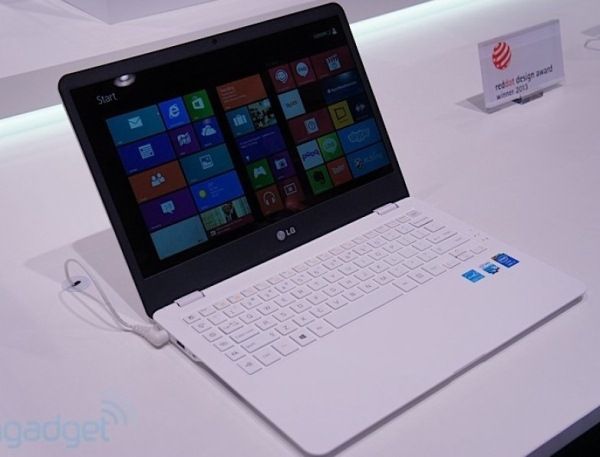 Detailed information on the specs is not available but the Z935 will come with a Haswell CPU and a 13″ 2560×1440 quad HD IPS display. Memory clocks in at 8GB and SSD storage will be available up to 256GB.

Availability is expected in November in Korea for $1,000 but there’s no information on whether it will come to other territories.

…and P.S. It’s not an Ultrabook! They’re working on a touchscreen version but it looks like this won’t be available in Europe. I have no idea why they displayed it at IFA! [Chippy]