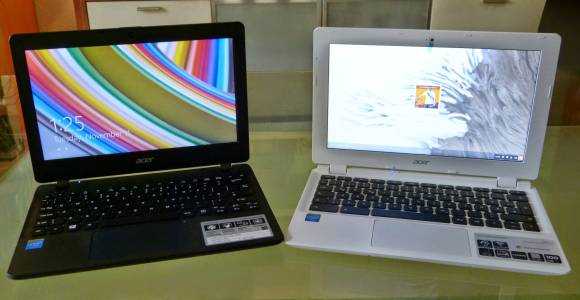 Windows 8 is already a huge improvement over Windows 7. It boots quickly and runs efficiently. Using a Microsoft account enables account information synchronization and OneDrive storage is nicely integrated. If you use more than one Windows 8 PC it synchronizes settings and setup well across devices. File History will even restore your files if you want to reset your device but there are three issues that kill the experience. Virus checking, file indexing and updates can cause even a powerful PC to fall to its knees after turning it on. Windows 10 will still have to include these features if it retains the same OS architecture as before (it does!) but the process has to be improved. The switch-on experience with Chromebooks is fast and smooth, every time and it’s a major selling point

If Microsoft wants to support Windows 10 on a low-cost 64 GB or 32 GB drive then they need to cut disk creep. Windows updates can take a huge amount of space. Desktop applications do too and if you’re unlucky, like I was recently, OneDrive will synchronize a cache to the local disk and kill the PC within hours. A Chromebook lasts almost indefinitely on a reduced disk space without user interaction.

Again, Windows 8 is better than Windows 7 in terms of disk monitoring and clean-up but it’s still ugly. For example, if you want to clean up Windows update files that are under 30 days old you have to use a the command-line. Windows Metro only calculates RT apps disk usage, the desktop application manager only shows desktop apps and there’s no method at all of knowing, quickly, where all the files are building up. Windows 10 needs to include monitoring, alerting, searching and clean-up tools in one place.  [Note: I haven’t tested Data Sense on Windows 10 yet.] An alternative would be to store all user files off the disk and to implement a fast reset feature. 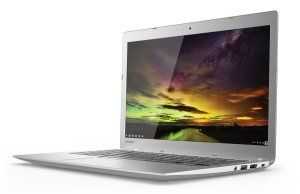 PowerWash on a Chromebook is a powerful tool. Within 60 seconds you can fully reset a Chromebook into a clean and safe state. You log in and your apps, obviously cloud-based, are there within a minute. On a Windows 8 PC (with encryption turned on and assuming you don’t have to back up any files or re-install any programs) that process takes 5-10 minutes. If you don’t have disk encryption turned on and you have programs to install and data to restore it takes hours. The only way to increase this speed is to reduce the size of the Windows image, the Windows applications and to have encryption turned on by default. (It’s a security risk to simply reset file descriptors unless those files are encrypted.) Windows also needs to reset to a safe experience and not a recovery partition that might be 2 years old. Windows Store is moving to a model where apps, settings and data could be restored automatically and that’s a good start.

Windows does have a guest mode but the account is not cleaned on logging out as it is on a Chromebook. For those worried about privacy and security the one-time login has real advantages. ChromeOS allows the use of a VPN in this mode and within the session it’s possible to log into Google Drive and work on files. Exiting guest mode removes any trace of that work. Windows needs that mode.

Sort out the memory issue.

Fact: Chromebooks can do more than Windows PCs in the same memory. Windows does some intelligent stuff in memory that can help improve performance but it still hogs memory and doesn’t gracefully use swap. When ChromeOS runs out of memory it starts to compress data in RAM to increase RAM space but Windows ends up using horribly slow disk access. Windows needs to degrade much more slowly.

Run Windows desktop as an administrator and you are asking for trouble. Secure boot can be turned off while personal files are still on the system. There’s little sandboxing. Resource usage is uncontrolled (e.g. network resources) and there are simply too many lines of code. Windows 8 offers improvements in the RT / Modern environment where apps are sandboxed, resource usage is kept in check and if the application adheres to some rules, it can run in the background while the PC is off. Chromebooks can’t do that (think Skype, notifications, streaming audio.) so it makes sense to push the user towards this way of working. With RT / Modern apps now floating on the desktop in Windows 10 it doesn’t look like Microsoft are going to succeed. Files must be encrypted by default. 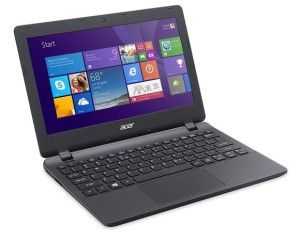 Continue with the good stuff.

Windows 10 is likely to improve on Windows 8.1 in every one of the above areas but it’s not going to be good enough. A new security and app model is needed. Fortunately, Microsoft already have it and it’s working well. Windows RT might have tripped-up due to lack of apps but it’s perfect as the base of a consumer laptop operating system. It’s everything we’ve discussed above except Minecraft and that, I’m sure, will be coming soon. The universal apps being built for Windows Phone will all work in Windows RT (in Windows 10) and that’s ignoring the application ecosystem for Windows Store which is a lot better than it was. Internet Explorer (RT) is one of the best touch-enabled browsers around. Office for RT is coming. The notifications center will be there in Windows and sharing between apps and the ‘net already works. Its efficient. Importantly it reduces the code base and that’s always good.

Laptops are laptops and you can’t compete on price at the very low-level but you can make a better consumer operating system and you can add some sweeteners. Free Office, free unlimited OneDrive, simple device and account management, Cortana, Lumia optics and of course, Minecraft! Games, photos and sharing are the key elements for a modern consumer laptop and Windows RT already does this better than ChromeOS.

How you market this Microsoft consumer laptop is another matter. Given that you can’t call it RT and it’s not Windows Phone 10, how do you place it? In my mind I’m already seeing the Xbox logo on the laptop but that might imply full Xbox ability. Surface Laptop? Whatever it’s called I’d pay a $350 for an 11.6-inch 64GB Core M-driven 10-hour fanless one. Would you? I’d be interested in your thoughts.

[For those that are wondering, yes, I run Chromebookworld.com too. It’s an interesting and important segment and it keeps me on my feet.]