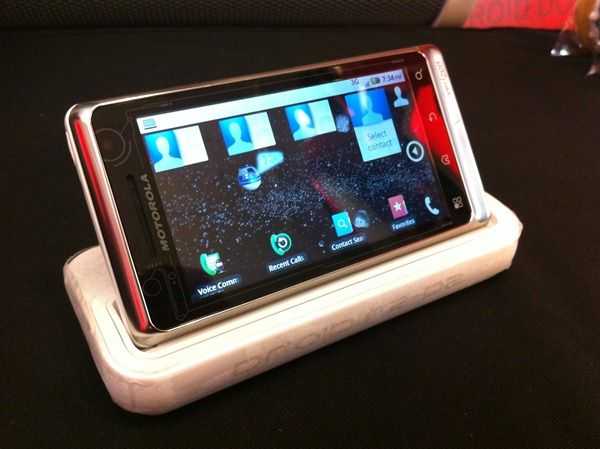 Here’s a quick hands-on with the Motorola Droid R2D2. The R2D2 edition is the same phone as the Droid 2 [product page][review] but it has interesting Star Wars branding and content included.

The phone is themed to look like the famous droid from the Star Wars saga and the phone features custom Star Wars themed unlock sliders, live wallpapers, a video, a widget, and an app. The box that it comes in is designed to look as though the phone has been encased in carbonite and the effect is rather convincing, though I think they could have bumped up the box presentation a bit, it’s just a regular old cardboard box with graphics on it (as you’d expect from any regular phone). Some of the stuff is really gimmicky, but I think a major Star Wars geeks might enjoy the phone, particularly for it’s looks. In fact, I know a friend who would absolutely love this thing! The phone launched yesterday in the US on Verizon.