At 1063 grams, including keyboard, the Dell Venue 10 7000 is another Android 2-in-1 to consider for mobile productivity, if you can justify the price.

Back in 2010 I tried to put together a 1KG ‘rig’ that would serve mobile computing duties and in the test I had one of the first Android-based ‘smartbooks.’ The Toshiba AC100 was a really interesting product let down by an operating system and apps that didn’t support the laptop style of working. Move on to 2015 and we now have two good Android-based offerings and a range of Windows-based offerings. The choice has never been better. Unfortunately, while the Dell Venue 10 7000 is an extremely smart-looking dockable tablet, it costs $629.

Reviews have been favourable so far for the Dell Venue 10 7000 and it’s clear that Android 5 is better at supporting these form-factors than before. Some apps still don’t understand the concept of landscape mode but if we see more keyboard-based Android products in the future developers will be forced to move from portrait-only.

One of the key features of the Dell Venue 10 7000 is the screen. If it’s anything like the Dell Venue 8 7000, 2560 x 1600 OLEDs should really make a punch and bring some reasonable outdoor capabilities, which would be nicer if there was an LTE option. I agree that most of us can use our phones as temporary hotspots but if you want to be productive and independent of a smartphone battery (i.e. be able to work after 3pm without any worries!) then you need built-in cellular data capability; that’s what makes the Xperia Z4 Tablet so interesting.

The keyboard is getting praise. “Dell has taken the same build quality we saw last year and extended it to a modular design to support one of the best keyboards you can buy for an Android device today.” (Androidcentral) although it’s obviously more cramped than anything you’ll get on an 11.6-inch device. 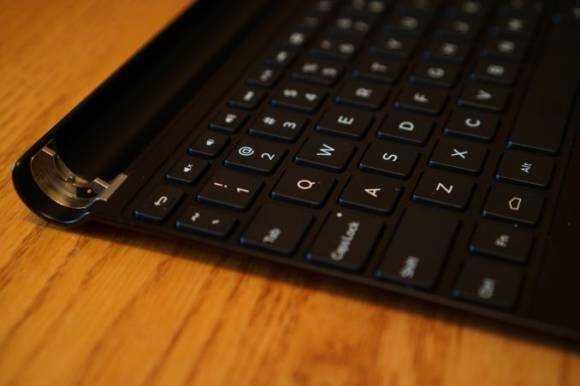 Battery life looks to be around 6 hours which isn’t great for the weight and screen size. The similar, but Windows-based, Lenovo Yoga Tablet 2 10 offers more life from a charge and it only costs $349. If you really want a 2-in-1 tablet bargain, the original Acer Aspire Switch 10 is available for $219, which again highlights the big issue here. Dell need to knock the price down to $399 before the Venue 10 7000 gets really interesting. A $499 version with 64 GB and LTE would make it ultramobile. As it is, $629 is your starting price for this tablet and keyboard combo.

I’ve added the review links into the product database.