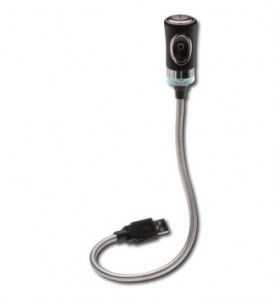 I ordered one of these earlier this week and it should be here tomorrow. The idea is to try and use it for live video work with UMPCs. It’s got auto focus and a LED lamp but the build, lens, sensitivity and drivers are all unknowns. If everything works out, it should work out well for handheld UMCP and live Ustream work.

Product details here. I paid 30 Euro on Amazon.de for it. Don’t order until i’ve tested it ;-)

Update: Mads has done some research into snake-cams. Thanks!