Samsung. New UMPC at CES after all?

Spotted by our man at CES. This tablet UMPC…
Update: Its the Samsung Q1EX. 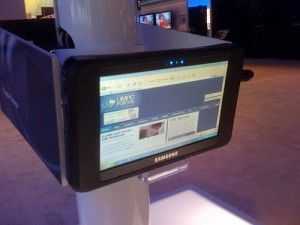 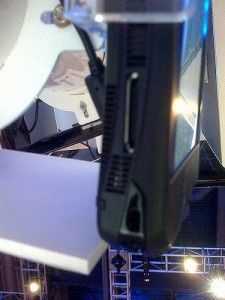 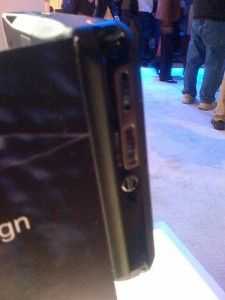 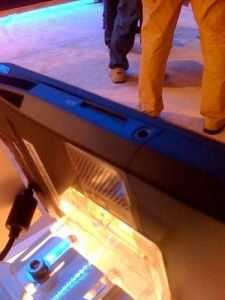 As we expected 7″ without keyboard. More as it develops…….

Update: VIA Procesor. Maybe its for developing markets if its a C7? Or maybe its a Nano?
Update2: Its a VIA Nano CPU.

Update 3: GottabeMobile have an article confirming it’s the Q1EX. GPS, Wimax are included and it gives  4.5hrs battery life.4.5hrs is dissapointing for such a, seemingly, thick ultra mobile PC but maybe the Nano gives it the ooomph required for on the go video processing? Something for new-media journalists?

Credit EC, our man on the floor at CES.

More photos coming through on our Flickr stream from CES.