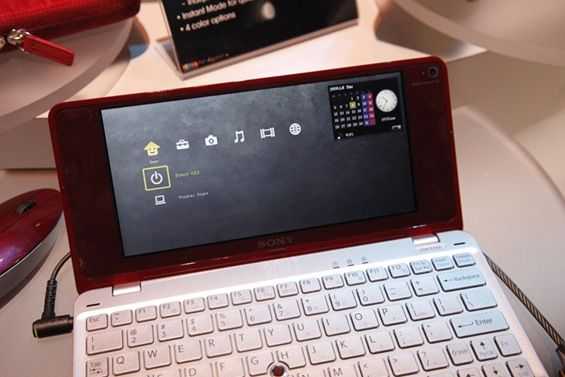 Sony has gone all out officially introducing the VAIO P on SonyStyle.com. Hidden among the sections of information about the premium netbook is mention that the VAIO P will feature an instant-boot sub-OS that will give you limited access to photos, web browsing, email, and more. It is nice to hear that it will be based around the Xcross media bar interface, similar to what you find on the PSP or PS3, which is a graphically nice looking interface with intuitive controls. The Xcross media bar picture above is from the PS3. Update: ultra mobile PC Portal reader gentux has pointed out an actual picture of the XMB sub-OS on the VAIO P from Gizmodo.