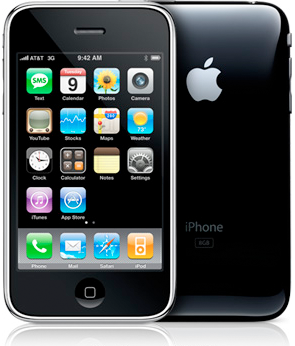 Speaking of the iPhone and Bluetooth stereo today, it looks like an interesting application has been released through Cydia today. Quickly: Cydia is the application that allows you to install unofficial third part applications after your iPhone or iPod Touch has been jailbroken. (iPod Touchs don’t have Bluetooth though, sorry guys!)

So what is iBluetooth? The dev says that in its current incarnation it is capable of doing file transfers of images and audio. Maybe not everything we’ve wished for, but its a start. Here is the interesting part:

The developer says that he is charging a small fee for the iBluetooth (3.99 Euros) application for an important reason. Using proceeds from the sale of the application, he plans to purchase a full Bluetooth stack an implement it as a daemon (background service) into the iPhone so that any jailbroken application can have access to the iPhones Bluetooth with a fully supported Bluetooth stack.

What does a fully supported BT stack mean? Well for starters, it would provide A2DP stereo audio over Bluetooth. On top of that it should support all of the other Bluetooth profiles, which should make it possible for the pairing of keyboards and other devices. I’m pretty excited about the prospect of this happening and if you are as well, the dev asks you not to pursue a cracked version of the application, but instead pay for it as it will lead to the implementation of a full Bluetooth stack accessible to any jailbroken application developer.