Is the VAIO P supposed to be the successor of the UX series? 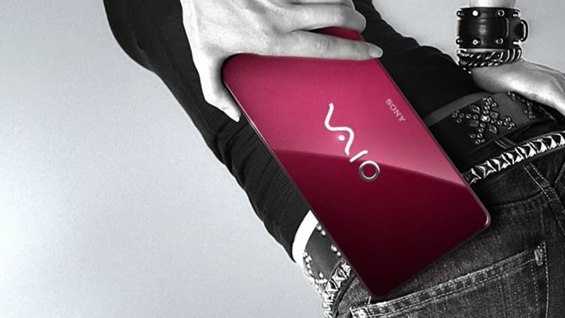 I wouldn’t be here right now if I didn’t pick up a VAIO UX180P [Portal page] a few years back. I’ve been a big fan of the UX series of ultra mobile PC from Sony for a long time. You’ve probably read on our site that the UX180 was my primary PC for nearly 4 years. I’ve built up a lot of respect for the unit since I’ve been using it for such a long time.

As great as the UX series might be, it definitely isn’t main stream. Since the initial release of the UX180, Sony has released incremental updates over the last few years (280, 380, 390) finally landing on the current top-of-the-line UX490. The UX490 [Portal page] is almost identical to the original UX180 in terms of aesthetics, but the insides have had some nice bumps in power and performance. The UX490 has a 32GB SSD, 1.2GHz Core 2 Solo, 1GB of RAM, and as far as I know, still claims the title of most powerful ultra mobile PC to date.

Though the UX490 might still be one of the highest performing UMPCs, it was released back in November… of 2007. It isn’t inconceivable for Sony to have some big gaps in model refreshes, but it has been quite a while now. That, and the fact that the VAIO UX series is pretty much gone from Sony’s site, make it seem like the VAIO UX line is done.

Enter the VAIO P [Portal page]. This ‘pocketable‘ computer has a pretty similar usability concept. Both the UX and the P are supposed to be relatively powerful, highly portable computers (that’s why we call them Ultra Mobile PCs), but their form-factors are inherently different. The UX is designed to be hand-held and thumb-typed. The P is supposed to be small and portable, but still retain its touch-typability, and probably won’t function very well as a hand-held device in the way that the UX does.

Regardless of the fact that the P is Atom based, both the P and the UX carry a premium price, so it is hard to say that Sony is really following the netbook trend instead of releasing a new UMPC. It almost seems as though the P is a successor of the UX, but simply with a different form-factor. The change in form factor would be a reason to switch the series denotation as well.

I think there are two ways to ask the question that is proposed in the title of this article. First of which, is asking if Sony intends for the P to succeed the UX. Second, is looking at whether the P replaces the UX in terms of usage. I’ve contacted someone at Sony and I’m hoping to get an answer to the first version of the question. As for the second… I should be able to answer that for you over the next few weeks.