SmartQ 5 MID shot in the wild 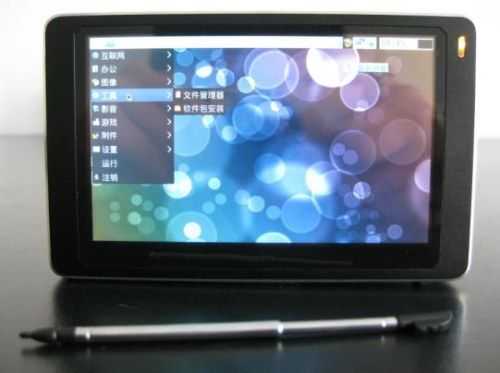 Looks like we have an interesting mystery device here. The SmartQ 5 MID has been captured in the wild. The background image of the device immediately reminded me of the background of the Nokia N810 [Portal page]. At first I thought it might be running Maemo, but seeing as this device is not from Nokia, I’d say that is highly unlikely. It appears to be running a simple Linux distro. The hardware itself seems very simple, with a 4.3 inch 800×480 screen, WiFi, Bluetooth, and just four hardware buttons on the top of the device. The source puts the price of the unit at $132 which prompts Chippy to assume that it is Arm 11 based. So far there aren’t many more details other than some images of it running FBreader, a Linux based e-Book reader. Considering the fact that it is Linux based, I’m sure it will be able to plenty of common Linux tasks, but it will all come down to a matter of how quickly, and how well the interface is adapted for touch. After seeing that the stylus is featured in many of the photos, I don’t have my hopes up for a finger usable interface, and the lack of keyboard probably means this device will turn out to be more of a toy than a productive pocket computer. Does that sound a bit pessimistic?

Swing by the source for more images. via [Engadget]