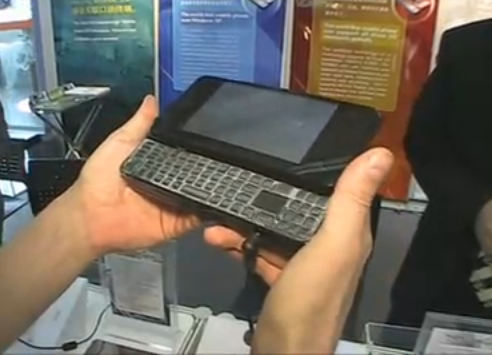 Earlier you may have seen the DigiCube MIDPhone, and the idea behind the XpPhone is not much different. Take a look at the video and you’ll see jkk looking at another slider device which runs Windows XP, and also has voice capability. While I somewhat lambasted the DigiCube MIDPhone for its 2 hours of battery life, the 5 hours that the XpPhone purportedly provides is just barely starting to reach a level of practicality as a phone. Of course these devices are probably best served as concepts of even ultra-early adopter devices, but once Moorestown hits, we’ll have good battery life such that a device (hopefully smaller than this) can be viably always-on and in-pocket, functioning not only as a phone, but a computer as well.