Update: There will be a demonstration of 3 Moblin Smartphones tomorrow.

These images were taken at the Moblin event at Computex. The phone was used to highlight the next step for Moblin â€“ MediaPhones. Voice-enabled internet and media-focused slates.

This isn’t something you’ll be able to buy this year because it’s Moorestown based and that’s coming in 2010 but it is a working model (not demonstrated) running with Moblin 2 (I assume Moblin 2 with additions for touch and Moorestown because I don’t think the drivers and audio apps are baked into the Beta you can download today.)

We’ve been promised hands-on with this either later today or early tomorrow and hoping to record the first public Moorestown hands-on.  ‘MediaPhone’ was the keyword used in the conference. 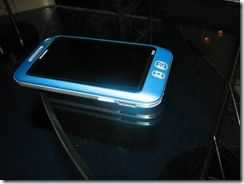 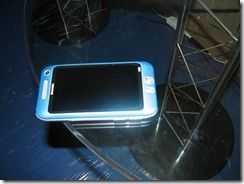 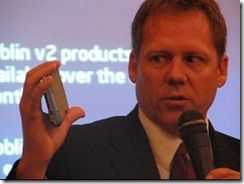 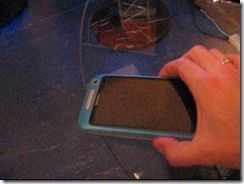 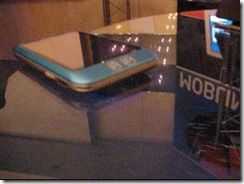 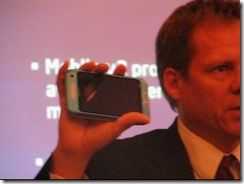 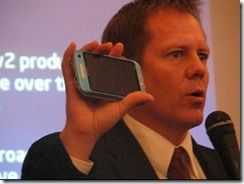 Stay tuned for more details, better pics and some hands on videos over the next few days.