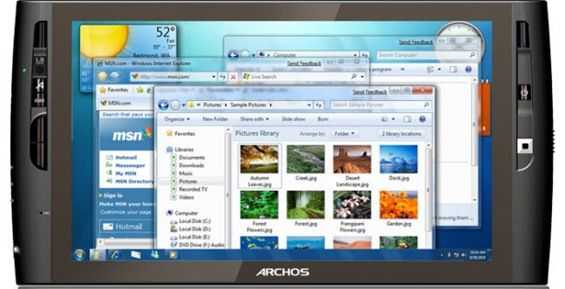 Trusted Reviews seems to have gotten some info from The Inquirer regarding the upcoming Archos 9 [Portal page] and potentially a new MID device coming after its release. TR says that the Archos 9 will run you £450 ($732 USD) for the 60GB HDD version, or £500 ($813 USD).

Another interesting bit is that there may be an Android powered device from Archos with a 5 inch screen. I’m going to imagine this would be a MID/PMP, and the first product that pops into my mind is something like the Viliv S5 [Portal page], maybe fitting considering how similar the Archos 9 is to the Viliv X70’s [Portal page] form factor.