The Nokia Booklet is really just another netbook but there’s a few things that make it worth analysing. The brand, the battery life claims and the ‘HD’ element. We’ve just had some confirmation about the specs and now we have enough to go on in order to analyse the Booklet and highlight some important aspects.

The specification update comes via All About Symbian the well-connected UK-based lads who are confirming that the CPU in the Booklet will be an Intel Atom Z530 1.6Ghz part, the same as you’ll find in a Fujitsu U820. There’s also news that the HDD is 120GB indicating that it’s probably a 2.5 inch part. There are 120GB 1.8 inch drives (again, the Fujitsu U820 has one) but I have my fingers crossed that they don’t have it inside the Booklet. More about that below.

Pricing information comes from Sascha at Netbooknews.de. He’s been given a $799 price which, when considering that this is a netbook, is shocking but if it comes with Windows 7 Home Premium, HDPA, A-GPS, HDMI and all the other specs as promised, including the huge battery life, it isn’t bad. Expect a 200 $/Euro discount through a carrier. 350 Euros in Europe on a 24 month contract might tempt quite a few given the brand, style and the huge number of sales channels that Nokia have.

Full specifications have been updated in the Nokia Booklet Product Page.

So how is this baby going to perform compared to other netbooks? Well, it just so happens that I have a mini notebook here that runs a 120GB drive on an Intel Z530 CPU with 1GB of RAM. I’ve also got it running Windows 7. It’s the Fujitsu Loox U/B50 (U820/U2010.) and I use it a lot so I feel confident about making some guesstimates about speed, video performance and battery life.

Windows 7 is good but it’s generally not as fast as Windows XP. With double the amount of processes running in about double the amount of RAM it’s hardly surprising that it’s a bit slower but compared to Vista, it’s a dream. In fact the difference between W7 and Vista on the U820 is the same as usable and not-usable. The U820 even runs a low-speed 1.8 inch drive! If the Booklet has a faster, SATA-based 2.5 inch drive then things will hum along quite nicely. 1GB RAM is a worry but for everyday browsing and basic computing, it shouldn’t be a problem for most people. A fast SSD would be even better and on the Kohjinsha SK3 I have, a Z520 (1.3Ghz) Menlow-based device, it works wonders.

In summary, if the Booklet comes with a fast 2.5 inch drive then Windows 7 should be acceptable. No faster than a standard netbook running Windows XP but certainly acceptable. 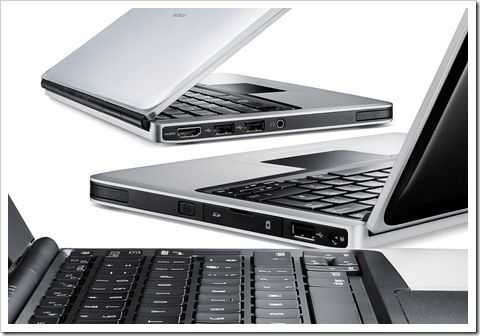 There are two elements of video to consider. Browser-based and media-player based. I’m happy to say that under W7, the support for video playback on the Menlow platform is much better than on any other operating system. H.264 playback is hardware accelerated and, if the drivers get better, so is WMV and Divx/Xvid. 720p at low-cpu load should be easy and if everything is optimised well, 1080p should be possible. It makes me wonder if Nokia are going to sell HD video content through the OVI store.

The other aspect of video is Flash. That CPU-heavy software that finds itself in every nook and cranny of the web is going to be a tough challenge. It is possible that Adobe release a W7/DXVA capable update but until that happens you’re stuck with standard quality YouTube with slightly stuttery (although watchable) HQ content in full screen. Forget HD content on YouTube until a flash update arrives. Hulu is apparently a problem on Menlow. I can’t confirm as it’s not available here in Germany.

12 hours battery life is a tall order. But not for a marketing department;-) In my tests I average about 7w drain from the 1.6Ghz Menlow platform under hard web usage. On a standard netbook battery of about 30wh it’s 4hrs. However there’s a good possibility that Nokia have put some high capacity batteries in. 40wh is achievable in 1250gm and that would bring just under 6 hours. The trick here is that the Menlow platform idles down to extremely low levels. 5W is easy to achieve and if the radios are off and the screen on a very low brightness, the battery life can be doubled. 12hrs is a marketing figure. 6 hours active on-net battery life is what you should be expecting in the real world. Watch out though because Windows 7 is very good at shutting down Menlow when it’s not being used so by the time you read the battery meter it’s gone into a quiet-state and it showing more battery life than you will really get!

One of the biggest issues with XP and Vista in the web2.0 world is that the operating system isn’t sensor-aware. GPS hardware remains as an unidentified com port and applications wanting to access it require user configuration. In Windows 7 that changes to make geo-aware apps a real possibility. It is possible that Nokia could deliver an interesting maps and social networking application through OVI on Windows 7. In addition to HD content, maybe Nokia will be selling navigation and maps through Ovi.

Is it worth it?

I’ve been having a little discussion on Twitter about the $799 value of the Booklet and as an entry price, I think Nokia have got it right. HSPA + A-GPS + Aluminium body +  HDMI out + Hi-resolution + Windows 7 + Style + Brand adds up to a lot of extra value over the existing netbooks. For sure the next generation netbooks from the likes of Asus and Samsung will have Windows 7 and could introduce some very nice features on top of it but I think Nokia will react to bring the price down soon after launch. A $699 Christmas price and a $599 summer 2010 back-to-school price seems like a sensible way to roll it out and when you add $200 discounts through 3G carriers and the occasional special-offer street price and 2010 specification refresh, it all seems reasonable to me. I also suspect that the $799 price at Netbooknews is a European price converted into US dollars putting it at 560 Euro including taxes here and about $599 in the U.S. We’ll have to wait to see if I’m right about that though.

We’ll probably get the first hands-on thoughts from a few lucky bloggers soon but we won’t need to wait long for the full situation-report. Expect the Booklet to launch next week with availability as soon as Windows 7 is out. With a bit of luck we’ll be seeing it at the Intel Developer Forum in 4 weeks so I’ll be sure to bring you my updated thoughts then.

My only open thought is that I hope Nokia fill in the gap between the N900 and Booklet with a 4.8 and 7 inch offering. That would give us a great range of Nokia devices to think about.

So there are my thoughts. What are yours? Value? Shocking? Exciting? Let me know in the comments below.