The Live Webcast of the Keynote is running as I type this. Images are coming in too so I’ll update this post as we go along through the keynote. I’m live on the /live page (chat too) and i’ll be posting more as information comes through over the next two days. 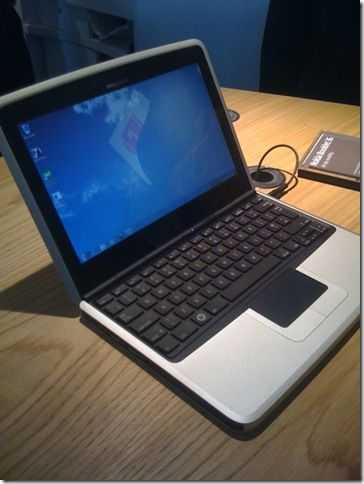 Olli-Pekka Kallasvuo is speaking right now. I’m picking out info that might be relevant to UMPCPortal readers here.

Nokia Booklet: Great example of the convergence of mobility and computer

‘Both devices are natural next steps for Nokia’

0940: Olli not talking details but Anssi Vanjoki (Executive Vice President of ‘New Markets’) is now talking. Hopefully we’ll get more info from him….

Keynote finished. I guess everyone is rushing for hands-on now!!!

More news as it happens during the day. Stay tuned.