XPPhone combines a phone and a computer 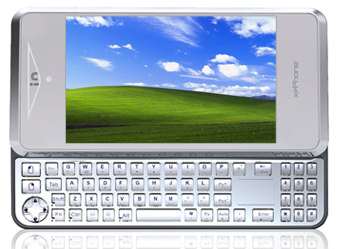 We saw an influx of these sort of devices at this year’s Computex, but it looks like we are now seeing the first honest attempt to bring one to market.

You’ve probably picked up by now, but the XPPhone is a mobile computer (running Windows XP) that packs in a bunch of wireless and ceullar radios to make it also function as a phone. It supports most 3G specifications and even has optional WiMAX.

In general, the idea of a Windows XP running phone isn’t one that I’d be very excited about because it would mean most likely having a really hot phone in your pocket that would quickly run out of battery life. However, adding some viability to the device, the XPPhone claims to be able to wake up from standby when there is an incoming call or SMS, which makes this whole concept a bit more realistic. Still, I don’t know how fun it will be to pull the thing out of your pocket, send a text, then put it back into standby. I’m sure someone out there will love it though. Here are the specs according to the official website: