No, this isn’t Moblin 2.1 for handhelds but it’s a step in the right direction along the roadmap shown below. As 2.1 for handhelds feeds in (due for a beta release before the end of the year) the two branches of 2.1 should merge to make way for a unified OS that can support MIDs (on Moorestown) UMPCS (with some tweaking of drivers to support Menlow) and the netbooks and nettops that this new release of Moblin is aimed at. 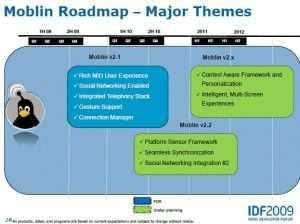 The new release was announced through a press release and on the Moblin website.

I’m currently testing Linpus Lite with Moblin 2.0 but it looks like I might have to abort that now and catch up with what is happening in 2.1 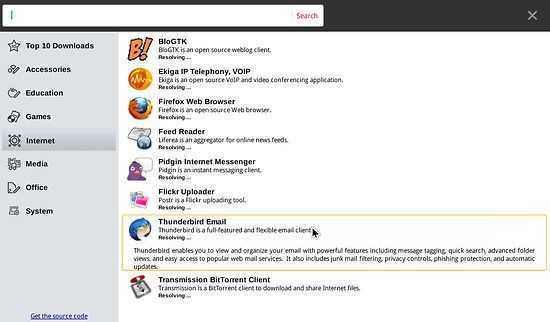 Image via netbooknews.de who have already posted some details in German.

P.S. Anyone notice the parallels between Maemo and Moblin. They look like two brands and builds of the same core OS. Any devs out ther care to comment on the similarities in the SDK?