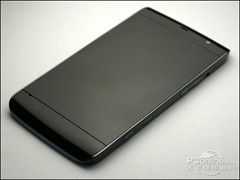 Three stories merged into one today when Techcrunch posted a 30-second demo video by Michael Dell proving that the Dell Mini 5 exists and will be out in a ‘couple of months.’  (MWC, CeBIT?) Techcrunch also added (‘recap’ was the word they used) some information from the Tihnte teardown and an interesting Chinese PC Online story (translation) that talks about a prototype Dell Mini 5 called the M101M. Apparently this was picked up on the black market for over $1000 which is clearly not the price it’s going to hit the ground with. Based on the (similar) HTC HD2 it could reach $700 but with the Archos 5 8GB [info] at around $300 and the iPad 3G 16GB [info] at $629 it would be crazy to ask for such a price; especially given the Dell Mini (low-cost) brand.