How to: Make an iPad Booksafe Case 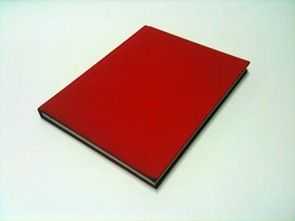 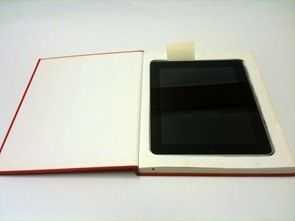 By now you’ve likely seen my ‘iBook’ project. As I mentioned, I documented the process and now I’m here to post the guide in case anyone else is interested in making their very own. There is definitely more than one way to make a book safe, and if you have more appropriate tools, feel free to improvise. The methods I selected we’re based on low cost and simplicity and will at least give you a good idea of the process. Let’s get started.

Project time: this project can be completed in a single day, but you’ll definitely want to set aside a large chunk of time for page cutting (might want to grab your headphones for some music!)

Local bookstores are likely to have very inexpensive used books. The one I used was $2. I bought three books of varying sizes to be sure I got the fit I wanted. I used one book as a practice first before doing the final one (lots of cutting!). I took my iPad to the store to size up several books. Things you want to look for in the book â€“ depth, be sure that there are enough pages in the book that your iPad will fit all the way in. This is probably the toughest part of the selection process because it can be hard to judge. You may wish to measure how high your iPad stands off of a flat surface before going to the book store, then find a book with page width that is equally or slightly deeper than the measured value. Be sure that the book has enough padding around your iPad. That is, make sure that when you cut out the shape, the resulting thickness of the pages is enough to support your iPad and withstand a fairly intensive cutting process. You don’t want to try cut the shape out with, say, 0.2 inch of padding, you’ll likely rip some pages during the process. There is about 0.75 inch of padding in my final iBook.