WePad First “Hands On” from Sascha 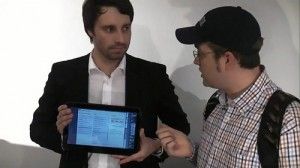 The videos appear in the German article over at Netbooknews.de:

Sascha seems quite unimpressed with the event saying that there was only one device available and that was only running a demo slideshow. The WePad wasn’t really available to test! First demo versions are planned to do the rounds in May and lets hope they live up to the hype. Riding around the iPad wave is a dangerous sport!

Be sure to listen to the next MeetMobility podcast where we’ll talk a little more about the WePad. Unless, of course, it’s faded into dark history by then!