Why the iPad Can’t Function as a Computer Replacement 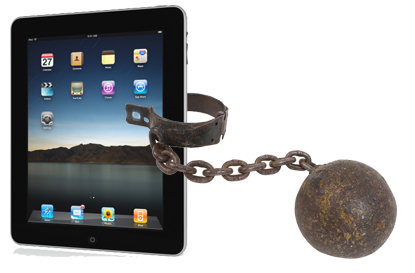 There’s been quite a bit of debate, since the release of the iPad [Product page][review], over whether or not it can function as a full computer replacement. I don’t believe that anyone can seriously say that the iPad could work as a full computer replacement for someone who would consider themselves a mobile professional — there are simply too many things that the iPad either doesn’t do, or doesn’t do well enough, for that. There has been, however, some reasonably logical arguments asserting that the iPad could replace a computer for those who don’t need more functionality than that provided by a netbook. Despite the number of ways that this point could be argued — varying usage scenarios, external media support (or lack there of), apps filling/not filling needs, etc. — there is one explicit fact that can’t be argued around: An x86 computer (be it OSX or Windows based) is required to set up, update, and otherwise support the iPad.

As simple as the iPad may be to use, someone can’t walk into an Apple store, walk out with an iPad, power it on, and just go. The iPad has to be plugged into a computer with an appropriate version of iTunes installed and synced first in order to function. I wonder if any adventurous non-computer owners have gone into an Apple store to purchase an iPad only to find out at home that they can’t actually use the device unless they own computer. It’s sort of weird to think that owning a Mac or PC is actually one of the minimum requirements for using an iPad.

Even though one can create an iTunes store account directly on the iPad — enabling one to download media and apps — the iPad will always have to fall back on a good old fashioned computer in the long hall. At this point, besides the ability to update apps in a standalone fashion, the iPad cannot update over the air; it has to be plugged into a computer in order to update, if and when Apple releases new firmware.

There is nothing about the iPad itself that makes it impossible to be free of the clutches of a good old fashioned computer; Apple simply hasn’t set things up in that manner. Apple could rectify this issue by offering to activate the iPad in the store before the customer leaves, but they’d also have to do in-store updates for computerless customers, which seems a bit far fetched. Apple could change their update schema to allow for self-updating of the iPad so that it could update itself without the aid of a computer. While they’re at it, they could remove “ownership of a PC or Mac” from the iPad’s minimum requirement list so that users can pull it out of the box and start iPadding without an initial computer sync. Once these technical requirements are out of the way, people can go back to arguing whether or not the iPad is a computer replacement based on needs rather than having the iPad indisputably stuck with the proverbial ball and chain, that some people will tell you, an old fashioned computer is.

Then again, Apple has never quite positioned the iPad as a standalone computer replacement to begin with, which is an important consideration to make. They’ve compared the device to netbooks — saying that the iPad can do things much better — which may have been the reason we’ve seen so many arguments for or against that particular point. In the end, the iPad’s reliance on a full fledged computer is likely by-design: Apple doesn’t want people to buy the iPad instead of a computer, they want people to buy it in addition to a computer. They simply try to position the iPad as a better secondary computing device than a netbook, while still requiring a full computer for setup and updates, despite the fact that they could allow the iPad to function all by itself.