Everything Youâ€™ve Ever Wanted to Know About the iPhone 4 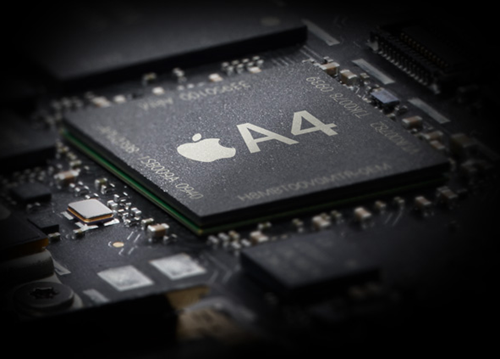 The iPhone 4 is running Apple’s custom A4 chip; the same chip that powers the iPad. Assuming that it is identical to the hardware running in the iPad, the iPhone 4 should be running at 1GHz and contain 256MB of RAM. The iPhone 4 comes in either 16 or 32GB capacities which is unfortunately the same max capacity as the prior 3GS, while the latest iPod Touch generation tops out at 64GB.

Apple claims that the A4 chip will improve performance while increasing battery life. Apple has traditionally been honest about their battery life figures. They claim that the iPhone 4 will run for the following (3GS figures for comparison): 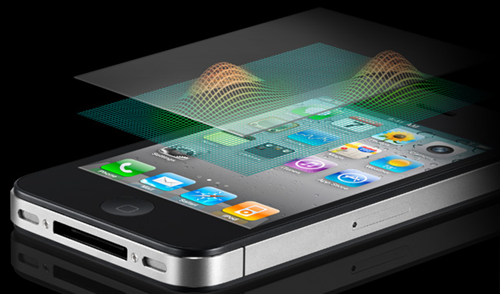 The screen is 3.5 inch diagonally with a resolution of 960×640 (326 ppi), which maintains the previous iPhone’s 3:2 aspect ratio (rather than the iPad’s 4:3) keeping it compatible with all existing applications. This is a large jump from all previous iPhone and iPod Touch models which featured resolutions of 480×320. Apple says that this is the highest resolution screen of any smartphone produced. The screen now uses IPS (in-plane switching) technology which Apple introduced on its iPad. IPS allows for good contrast and color at wide range of viewing angles. Apple claims that the iPhone 4’s 800:1 contrast ratio is 4x greater than the iPhone 3GS’s. If the iPhone 4’s screen looks as good as the iPad’s, people are going to be very impressed, especially due to the sharpness from the high pixel density. The screen is coated in a fingerprint resistant oleophobic coating just like the previous model.

The iPhone 4 continues to support 3G (HSDPA and HSUPA) which means up to 7.2Mbps download, if the carrier can support those speeds. Other wireless radios in the iPhone 4 include WiFi b/g/n (n at 2.4GHz only), Bluetooth 2.1 + EDR. For location data, the iPhone has A-GPS which uses cellular location data to find a faster location lock than GPS alone. The digital compass returns for precise directional information as well. 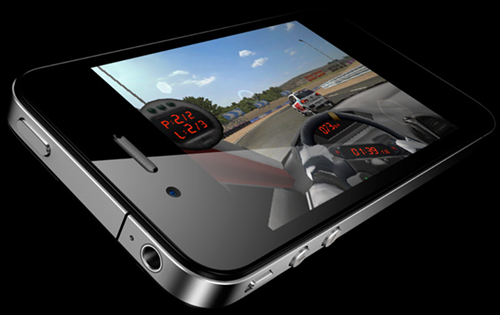 Apple has thrown an additional sensor into the iPhone 4 in the form of a three-axis gyroscope which will allow it to sense additional forces. Apple is billing this as a useful new tool for game developers, and when tied to the accelerometer, it will enable the phone to detect an array of forces including angular velocity and rotation rate. The iPhone 4 retains the same proximity and ambient light sensors as the previous models. 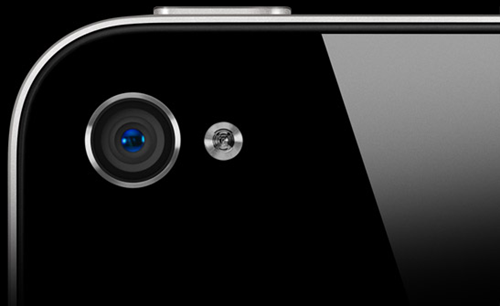 The iPhone 4’s camera system is receiving some significant upgrades over the previous iPhone. The resolution has been pushed from 3.2MP on the iPhone 3GS, up to 5MP and an LED flash has been added to light up low-light scenes. The new hardware in the iPhone 4 allows for 720p HD video recording (1280×720) at up to 30 FPS and the flash can remain lit as a light for taking video. Additionally, a front-facing camera with a resolution of 640×480 has been added. The front facing cam can be used for still images or video at up to 30 FPS. Apple’s new Facetime service allows for live WiFi video chatting between iPhone 4 users (more on this in the software section). Here are a few shots from the iPhone 4’s rear camera, which Apple says have not been modified (click to enlarge): 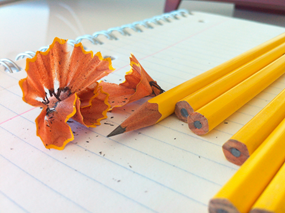 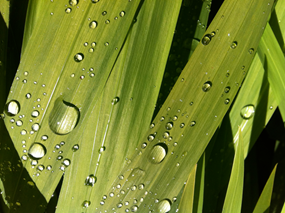 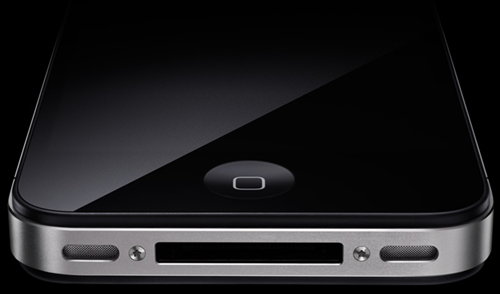 Apple pulled a move out of the Nexus One playbook by adding two microphones to the iPhone 4. With one mic placed near your mouth to pic up your voice, and another placed on top of the device to detect background noise, the incoming signal can be processed to suppress the background noise, leaving just your voice. This works much like noise-canceling headphones and will help to make your voice more clear, on the receiving end, in noisy places.