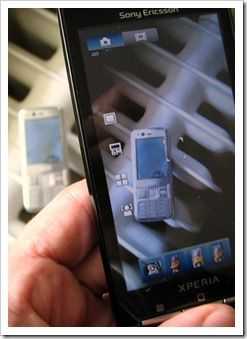 Sony, Samsung and Nokia have been leading the market for high quality cameraphones for years now and if you’ve been following my N82 story, you’ll know that even after 2.5 years I’m still finding it hard to find a replacement for the amazing optics, sensor, flash and mechanics of the N82 camera.

It’s not just about mega-pixels. It’s never about the megapixels. 12MP might bring you some digital zoom le-way and a better large-format print but that’s about it. I wrote a semi-private article about assessing smartphone cameras [reproduced below] a few months ago and you’ll see how complex the situation can become if you’re really looking to replace that compact camera; And many people are.

It’s not just about image quality either. It’s about ease-of use, sharing, longevity, geotagging, communities and having a camera and video cam with you at every opportunity. I have literally thousands of pictures that I’ve taken with the N82 that I would never have had the chance to take with a compact camera. There are thousands of people out there that have used smartphone cameras in difficult situations too. Car accidents, citizen journalism, wars and then there’s the possibility to go live to thousands of people with applications like Qik and Ustream. Compact cameras generally have better quality optics and the very important mechanical zoom but there are still good reasons to have a cameraphone.

The new player on the block is the Apple iPhone 4 and I have to confess that I’m interested. It comes at a time when I’m deep in the middle of looking for a new cameraphone solution before my N82 dies. I’ve done some analysis on the iPhone4 pictures and although I can’t comment on the new software yet, I can comment on the sensor. It doesn’t seem to be a huge leap forward in quality. In sensitivity terms it appears to have a 1-stop advantage over the 3GS and of course, with the high resolution, is likely to product better prints but that’s not significant for most people. In fact, it’s rather disappointing given the hype that came from Apple on the backlit sensor. [Update: I estimate that the iPhone 4 is only giving users 1 f-stop advantage. That’s double the sensitivity but not a huge difference in the real world] We’re talking ‘good’ and ‘top quartile’ here but not top 5. I’ve seen better results from the N82, N86, Satio, N8, XT720, Omnia Pro, N900 and I suspect there are a few other Samsung and Sony phones out there that will beat it.  For me, the iPhone 4 brings software rather than quality and that’s a valid reason to choose it if the image quality is acceptable to you. Ignore this report though. It compares the iPhone 4 to some superphones for sure but if you’re interested in quality cameraphones, that’s not the list you need to be looking at.

The Samsung Omnia Pro had an excellent camera but fell short in a few important areas. Windows 6.5 is not exactly the best OS for photographers, it only comes with LED flash and, as with many smartphones, the open lens proved a grease-magnet and long-term quality issue. The Xperia X10 is a similar story too. Then there’s the Sony Ericsson Satio which had a good camera and flash but turned out to be a terrible phone. Currently it looks like the Nokia N8 is going to set new standards but for me, that Symbian operating system isn’t something I’m getting too excited about now that I’ve had some good time with Android. Again, the lens is open on that N8.

Given that I’ve settled on Android as the best mobile OS for me (I’m a Google user, I’d be stupid to choose anything else!) there’s one phone coming up that might take the title for me. I don’t expect it to have the quality of the Nokia N8, a phone likely to raise the bar significantly, but it looks to be a nice all-round solution. You can check out some Flickr galleries taken by Asian owners of the XT720. I’m a little worried about what could be a plastic lens (this image looks either smudged with finger grease or the result of a plastic lens) but as far as Android phones go, it looks to be good enough that it could replace the N82 although I have promised myself that I will test the N8 too.

Here’s my list of things to think about when choosing a cameraphone:

Choosing a mobile phone based on camera capabilities is not how most people will go about the process of choosing their next mobile phone but I know that there are many of you out there that put the camera capabilities high on the list. I hope the tips help you and if you’ve got any other Super CameraPhone tips or thoughts (how’s that Evo, DroidX doing?) please let me know in the comments section below.

If you are interested in cameraphones, check out these two bloggers. They’re as mad about mobile phone camera’s as I am!