Motorola Droid 2 Available for Pre-Order, Now Tracking in the Portal 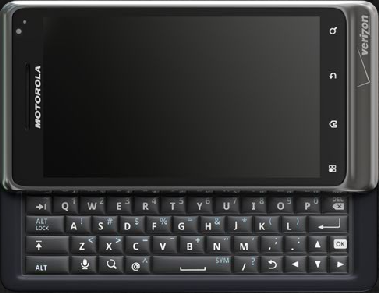 I must say, Verizon is becoming quite the hub for high-end Android powered phones in the US. After the original Droid, they’ve launched the Droid Incredible, the Droid X [portal page], and now they are updating the original to the Droid 2 which can already be pre-ordered online. Let’s take a quick look at some specs:

While the phone can already be pre-ordered, there doesn’t seem to be an official release date at this point, though it could happen before August is out.

Verizon says that there is going to be a Droid 2 â€œR2-D2 inch edition which will be themed like the lovable Droid from Star Wars, and I’m certain that even more â€œThese are/aren’t the droids we’re looking for inch jokes will ensue. I must say, if you buy the R2-D2 edition, you are a geek. It’s not a bad thing, but there’s simply no way around it!

If you want more info, we’ve got full official specifications in our product database as well as a gallery full of official photos, and if you hang around, you’ll be able to join us for some time with the device itself. Stay tuned.