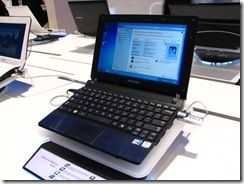 I’ve just come from the Samsung booth where I was taking a look at the N350. Sascha from Netbooknews.com put me onto it when he mentioned 1KG in the podcast we recorded earlier. (Coming later)  I have enough batt/time to give you a few key features and a few pics. A video will be coming later.[Netbooknews have one you can watch here]

The device I tested was only running a single core Atom but i’m assured it’s going to come with a dual core. 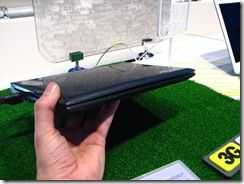 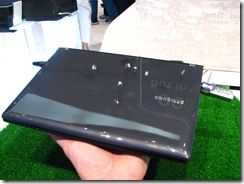