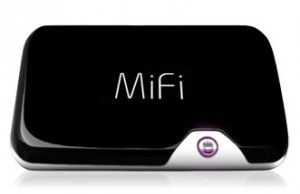 Those of you that have the MiFi 2352 or 2372 will know that the device contains more than just a 3G/Wifi router. There’s a GPS and an application processor inside. The application processor runs a basic web server that allows configuration and statistics. Unfortunately, the GPS has never been accessible and despite promises of new applications, they never materialised. MiFi OS looks likely to change that.

MiFi OS is a new set of firmware that includes a number of applications aimed at the corporate user. VPN, data tracking, location service, cloud storage and SMS handling applications are all included. We saw an application demonstration back in Feb (video below) although we suspect that things will look different on the finished product.

The new OS is being offered to carriers (who will want to authorise its use, run the assisted GPS servers and presumably, make sure it is locked to a premium data service) and according to other news, it will launch with Teir 1 wireless carriers in Q4.