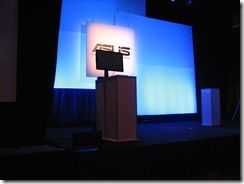 We’re in and waiting. I’ll try and update as we go along… 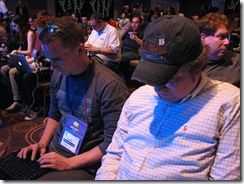 Nicole Scooter (Netbooknews.com)  and me…. 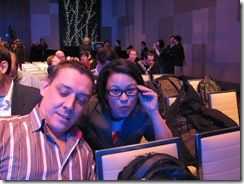 Joanna Stern of Engadget next to me. I’m honoured! 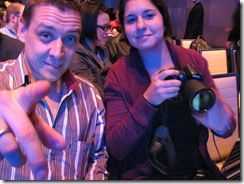 View from outside. This is what we can expect today. Will be interesting to hear if Windows 7 Compat is to be used or if they went Android. 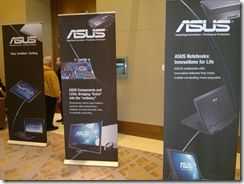 1353…still waiting. Journos at back of hall are scoffing all the sandwiches. Typical!

1400 and just as expected. the WIfI quality has dropped to a snails pace. Updates will be slow! (Update: They were – we didn’t get a single live update in!) 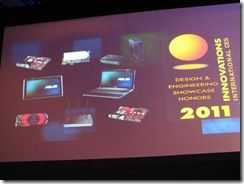 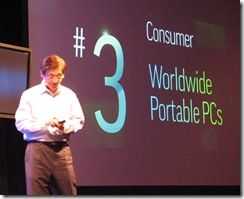 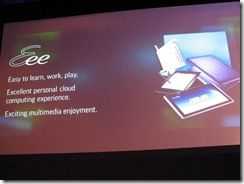 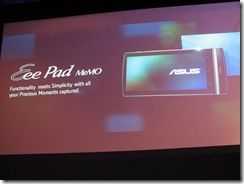 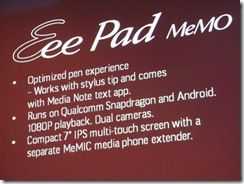 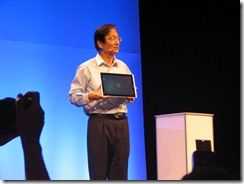 “Most powerful tablet in the world” 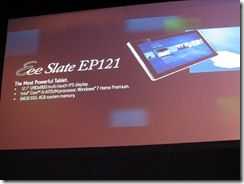 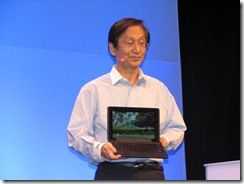 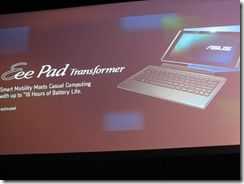 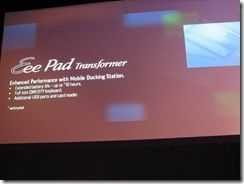 Now getting a demo of the keyboard. Reminds me of a Toshiba AC100. Hoping its better! 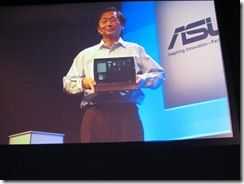 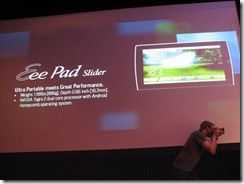 Demo. Looks like the HTC Shift is back…and bigger. Too big for thumbing that’s for sure. 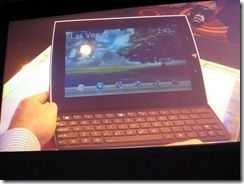 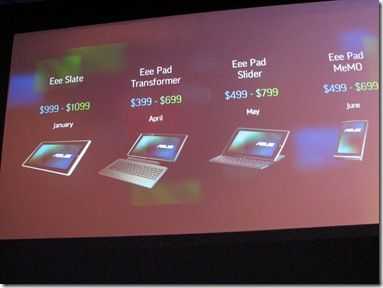 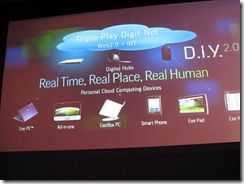 This is something I don’t quite understand. A bunch of trendy keywords for the time being. Jonney keeps talking about a silicon brain! Relates to Waveface, the user interface work that ASUS is doing. More research needed on that methinks!

That’s it for now. Videos later.