WebOS Tablets in Sept = Time for Partnership on ‘Cute’ Devices 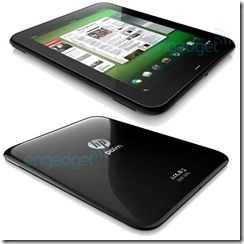 Falling leaves, an Indian Summer and a brand new HP WebOS tablet. That’s the scene we could be seeing if the information coming via Engadget is correct. HP will have two WebOS tablets available in 7 and 9-inch variants called Opal and Topaz.

While we expected the HP WebOS Tablet project to hit in 2011, September seems a long way away and falls behind the early Honeycomb Android, further iOS and possible MeeGo tablets. The timing will give HP a chance to ramp up the developer community so we’re expecting SDKs to be out before summer. In order to attract those developers though, something special needs to be announced. WebOS and product renders just won’t be enough.

On that topic, I have a theory that I first mentioned in Dec 2010. [For the record – You know if it happens I’m going to be Mr Told-You-So! ] It’s based purely on the need to battle against Android and iOS that HP, Intel and Nokia could get together on this. 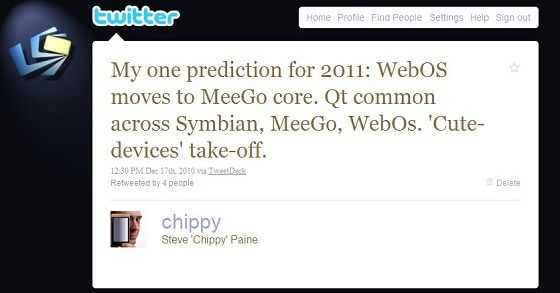 Qt has already been ported to WebOS, it made it to the WebOS 2.0 build and it makes the perfect layer for Symbian, MeeGo and WebOS to join forces in attracting critical development interested. Without that developer interest, what chance do these products have? Partnerships could be taken one step further too with Intel providing early Medfield samples and with Nokia providing Qt skills for the WebOS SDKs. Take it one step further and WebOS could actually be built on top of MeeGo. There’s nothing stopping HP doing this, even outside a partnership.

How about Intel and Nokia helping to combine Ares, the WebOS SDK, and QT as a multi-product SDK? I think developers would be very happy indeed. It will be just another SDK like the .net, AIR and JAVA environments that already exist. Intels AppUp back-end could be unified with the other applications stores too and combined (especially with tricks like Intel Insider that I hope make the jump to Atom) there’s a better chance of negotiating major video, tv, book, game and music deals. Wi-Di technology could also be a USP.

I’m not a professional software developer and I know that a lot of these thoughts are idealistic and totally ignore the difficult tasks of cutting deals but I can see that Qt could be one very important pivot-point and with three major brands behind a single core OS, MebOS?, there’s a better chance that the dev community could be ramped up quickly. I also love the idea of a Cute-Devices brand. Without a partnership of some sort, will Symbian, MeeGo and WebOS survive?