What Happens on the Way to Vegas? 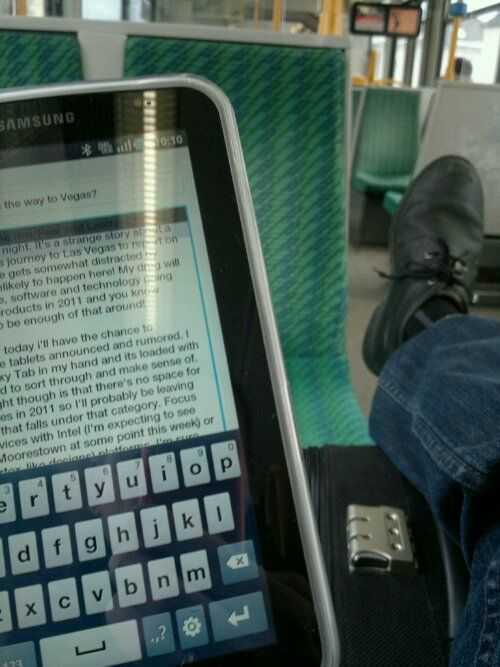 I was watching the film ‘Fear and Loathing in Las Vegas’ the other night. It’s a strange story about a journalist and his journey to Las Vegas to report on a desert race. He gets somewhat distracted by drugs. As much as you might like to see reports of me running naked through the expo halls waving my ‘Tab’ and shouting “The Carrypads have landed. I told you they were coming.” that’s unlikely to happen here. My drug will be the hardware, software and technology going into the latest products in 2011 and you know there’s going to be enough of that around to keep me focused.

On my journey today i’ll have a good chance to research details on all the tablets announced and rumored. I have the Galaxy Tab in my hand and its loaded with info that I need to sort through and make sense of. My first thought though is that there’s no space for ARM11 devices in 2011 so I’ll probably be leaving out anything that falls under that category. Focus will be on devices with Intel (I’m expecting to see Android on Moorestown at some point this week) or ARM V7 (Cortex-like designs) platforms. I’m sure Android will dominate but WEBOS, Meego and qnx may get a look-in. I’ll also have my eye open for alternative form factors and lightweight netbooks too.

Shortly after I land you should see a rundown of all the devices along with basic specs and thoughts.  Until then, have a great day and keep an eye out for the expected rush of PR news. They’re all back at work today!

[written on the Galaxy Tab]