Questions that should be on your Motorola Xoom Checklist 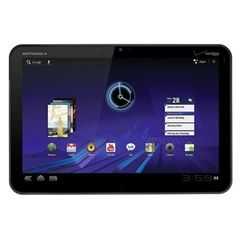 There is no doubt that the Motorola Xoom / Honeycomb combination has caused a lot of tablet buyers to hold-back on their purchases. It’s understandable because they will want to see what Android 3.0 and the dual-core processor offering really gives them in terms of value for money.

I’ve just finished adding the Xoom to the product database here and was quite impressed. The weight seems good and the additional barometer and gyroscope sensors could be useful when new applications start taking advantage of them. That’s one of the key things to think about with the Xoom though, the apps. How long will it take for applications to go, not only ‘HD’ with 10 inch screen support at 160dpi but to add fragments and support for multi-threading and the unique features of the Tegra 2 GPU?

I certainly want to get some quality time with the Xoom as soon as possible but in the meantime, I’ve scribbled a few notes down about things I DONT see mentioned in any specifications or marketing information.

Is there anything else you’re wondering about?

The Motorola Xoom is going to be a breakthrough device, make no mistake. Honeycomb finally stamps the ‘tablet’ seal of approval on Android and the dual-core Tegra 2 platform is going to shine. There are some nice accessories too but don’t let all the marketing fuzz distract you from your task of finding a tablet that suits YOU! Make that checklist now!

The Motorola Xoom specifications are now in the database.

Making a HIT. (Your Checklist for a Quality Handheld Internet Tablet)

Things to Consider when Designing or Buying a Tablet-Style Device

Notes on productivity issues with Tablets: