Many of the large U.S. based computing websites got a Xoom to test under embargo recently and obviously there’s been a quick rush of content out of the door as the embargo lifts today. (List of reviews below) 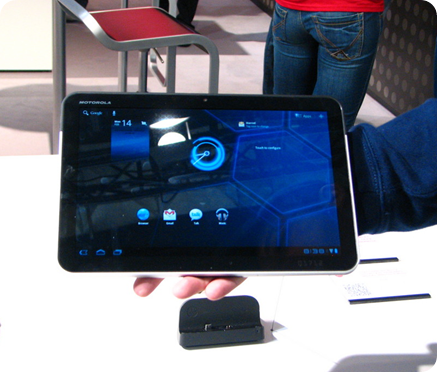 More images in our Gallery

Of the Honeycomb tablets we saw at MWC the Xoom was clearly the best in terms of UI-feel but both Samsung and LG still have time to optimise their software before launch. Interestingly, the Xoom is looking very vanilla in terms of applications and that’s probably because this is a project that Google have been heavily involved with as the launch product for Honeycomb. Expect both the Samsung and the LG tablets to have different angles with Samsung likely to go for a heavily enhanced software package and LG using their 3D technology to make a difference.

Back to the Xoom though and it’s difficult to get a real feel from what looks like a 2-day hands-on before the ‘reviews’ were posted but there’s already unanimous agreement that the UI is good, it’s fast (we measured the fastest Sunspider/Android result ever on the Galaxy Tab 10.1 which uses the same hardware and software.)

There’s also a widespread worry about the lack of Honeycomb/Tegra2 optimised software (although the Google applications suite does look to be well designed) and obviously a question over the $799 price. That, however, is likely to drop fairly quickly as soon as market competitors launch. 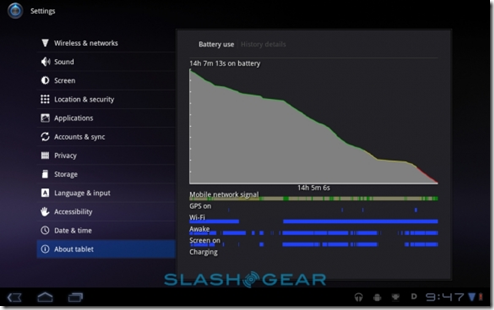 Battery life reports are positive as are thoughts on the camera quality and software. It remains to be seen just how many will be using it as a photographic device but there’s some interesting virtual reality use-cases that shouldn’t be forgotten.

One element of the software suite that I’m interested in is the video editing software. Without even looking at it I can’t see how it can be that fast at processing 720p video for overlays and fades; processes which take huge amounts of CPU power. We must not forget that the Tegra 2 platform is still in the sub-netbook performance category. Engadget report that Movie Studio is ‘ inchgenerally sluggish. inch Laptop Magazine, however, calls it a â€œfairly robust editing app. inch but then goes on to talk about how the Xoom started to get â€œbogged down inch when previewing and editing.

Flash support is missing along with support for the Micro SD card slot but Motorola are promising a software update to enable those features.

There’s a feeling that Motorola might not have been 100% ready for the launch of the Xoom but have gone ahead and taken the risk anyway. We would expect the first firmware updates in just a few weeks an at that point it’s probably worth re-visiting updated reviews to see if some of the holes have been patched.

At $799 the Xoom is not quite worth its money in its current state and with competitors like the Iconia Tab, Galaxy Tab 10.1, LG Optimus Pad and, potentially, an iPad 2 it would pay to wait. Certainly don’t go committing to a 2-year contract today!

A list of current reviews is show below and we’ve selected some YouTube videos for the product database page. Tip us here if you see any other good reviews.

Also check the Xoom Questions List before you buy.