I’ve been working on a big ultra-mobile video editing article since last Wednesday that gives you all you need to know about video editing on the Lenovo S205. Unfortunately, I just re-installed the S205 OS and forgot to backup the directory where the draft article was. I’m hoping to recover the file this afternoon but I can at least tell you one thing â€“ The Lenovo S205 (and possibly Acer 522) don’t support the important AMD Video Converter (Avivo) software from AMD because they have special driver builds that do not include this layer. The Avivo software, as far as I understand, is the base software on which video encoding software (as in video converters and video editing software) that are AMD APP-enabled, hook into to get a GPU hardware boost from the E-350 APU for rendering H.264 and MPEG-2.

I have had a conversaion with an engineer from Cyberlink who confirms that AVIVO-based encoding acceleration is not supported on these [E-Series, We suspect C-series too] AMD Fusion devices. In fact, what’s really happening here is something more important. AMD Fusion [E-series, C-series] does not support video encoding acceleration. The APP (was ATI Stream) feature that is used by the AMD Video converter base software (was AVIVO) is not implemented. Information from Cyberlink…

Fusion APU does not support Accelerated Parallel Processing (aka ATi Stream) for video encoding. The current AMD drivers do not allow HW acceleration to be enabled for video encoding on the Fusion APUs, and this is by AMD design.

I wish AMD, Cyberlink, Corel and the other companies promoting AMD APP would have been kind enough to point this out earlier. Take a look at this marketing brief…I would call it very misleading.

That’s a carefully crafted statement right there. PowerDirector does use APP, but only for some effects. You want to speed-up a section of video that has a fireworks effect on it, yes, PD9 will use APP to accelerate it. MediaEspresso doesn’t use APP. Al it uses are 1) The hardware video decoder which, when your output files are small and simple, provides a big boost. When your files are large and complex, 720 H.264 for example, the percentage advantage of the hardware decoder drops to almost zero. 2) It uses some “optimizations to enable Direct Memory Access between the CPU and GPU memory. Using DMA, we are able to save precious CPU cycles when the CPU is accessing the decoded video frames stored in the GPU memory.” Source: Cyberlink

So that clears up the question mark over my test results.  Fusion enhanced video software can use 1) UVD, the hardware decoder, to accelerate decoding of source video 2) Some optimisations to speed up memory optimisations 3) Specific effects process written to use the APP API.

So will AMD Video Conversion (Avivo) support come in future driver sets? I also ask myself the question, if you can write code to implement affects enhancements, why can’t you write code to improve the video encoding  process? Is this something this might come in the future? These questions remains unanswered for the time being.

It appears that I kicked a little bees-nest with this post as both Cyberlink and AMD have been in touch. The information and contact is much appreciated. Both AMD and Cyberlink wanted to clarify that the video encoding limitations don’t / won’t apply Fusion-wide. i.e. The E-Series APU that we’re testing here is aimed at consumer markets but there will be other products that will widen the use of APP.

The AMD E-Series parts are designed with the latest technology in their class making it a fully capable platform. While entry-level AMD VISION systems are capable of video transcode and editing, they are primarily designed with a focus on content consumption. VISION Premium and VISION Ultimate are the recommended systems for content creation. Upcoming AMD Fusion products designed for these mainstream and enthusiast markets will bring the capabilities of the current AMD Fusion products to new levels and introduce new and exciting levels of APP support.

So. Clearly there will be new products soon. I’ve been pointed to the AMD Fusion Developer Summit in a couple of emails so maybe they (AMD, Cyberlink) will be announcing new products then?

Cyberlink also sent a PDF which highlights the Brazos acceleration in their products. Here’s the diagram that shows the UVD (Decode) and DMA (Memory transfer) accelerations.

I posed a question to Cyberlink – can you do anything else to enhance performance through APP? The answer -They are looking at it and expect to implement for APP use in the future. Cyberlink are at the Fusion Developer Summit and holding a talk on Optimizing Video Editing Software with OpenCL. Details can be found in the event catalogue here. 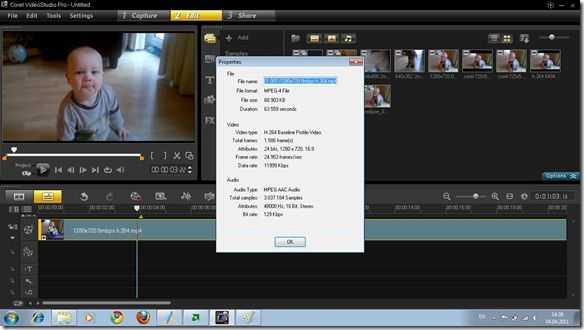 How stupid is that? AMD will be pleased to hear that that part of their platform is crippled on the Lenovo S205. Especially as they’re promoting it. (See Update above. The limitation was actually designed into Fusion from day 1)

Yes, I’ve tried updating all drivers but I can’t get the video encoding acceleration working at all even with new versions of Catalyst 11.2 or 11.3. I’ve tried 5 different software packages that claim to get a boost from the Fusion GPU but none of them get any speed increase at all. Some of them don’t even see the hardware. 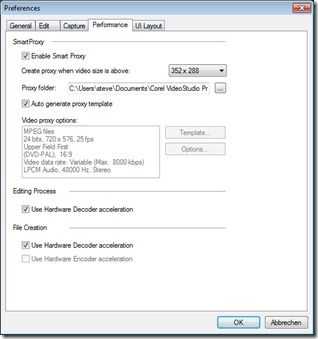 I can get some specific code in one video editing program working (an effects overlay that is written to use AMD’s APP API) but that’s about it.

This is such a shame because the S205, when using Corel VideoStudio Pro X4 is really looking good even without the hardware rendering acceleration. The editing process itself is very smooth. There’s a need for some new profiles to enable my specific usage case and an SSD would improve the lengthy start-up time but I was seeing H.264 being rendered at 5mbps in 720p at about 3.7x real time. (slower than real time.) The rendering speed for 720p h.264 could be brought into the 2x range if Avivo was working and that’s very usable indeed.

My final test before sending the article out was to run the software again after a factory reset on the S205. I didn’t quite back everything up before I did it! I’ll bring you more details soon but right now I’m working on recovering 4-days of work on the article! Update: Looks like I lost it. I’ll put together a new one over the next few days. (See update above)

Many thanks to NotebookItalia.it who I discussed test results and thoughts with during this test. They have an article up showing vido rendering tests on C-50 and E-350 CPUs here. (Translation)