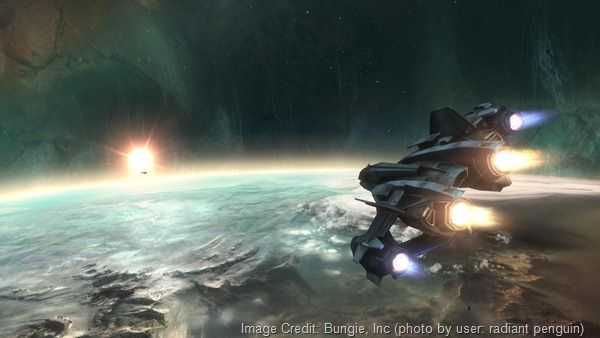 If you’ve been following Carrypad for some time, you are likely to have seen some hints of gaming in my work. Specifically, such hints usually take the form of any one of the games from the Halo series. I’ve been playing these games (made by Bungie) for nearly 10 years.

While evaluating the HTC Thunderbolt [tracking page], Verizon’s first 4G LTE phone, I’ve been intrigued by it’s mobile hotspot capability with regards to using it for real-time multiplayer gaming. This post is to talk about whether or not the Thunderbolt capable of providing a 4G connection that can result in smooth competitive multiplayer gaming.

I’ll be using the latest Halo game, Halo Reach, as my example for this post as I have lengthy experience with how the game ‘feels’ while playing multiplayer on various connections.

As a gamer, having a high-quality internet connection is absolutely vital for competitive multiplayer gaming. What do I mean by ‘high-quality’? In the world of real-time competitive multiplayer gaming, super high-speed connections will not give you the edge. Low latency, low packet loss, and low jitter are often much more important than having huge bandwidth. Even the host of the game (the machine that is sending all of the information around to each individual client) needs a relatively small portion of bandwidth to host a well performing multiplayer match, as long as they keep the aforementioned parts in check.

Verizon’s 4G LTE service easily has the first bullet covered. The Thunderbolt rips data right out of the air at an impressive rate. I’m currently seeing 18mbps download and 21mbps upload which is absolutely overkill for most gaming scenarios (or any other scenarios for that matter).

Fortunately, Verizon’s 4G is also upping the ‘quality’ end of the connection (latency, packet-loss, and jitter). They are approaching quality levels that would, not so long ago, be considered unthinkable for a mobile data connection.

I connected to the Xbox 360 through a WiFi adapter and was able to connect to Xbox Live and play several games of Halo Reach. 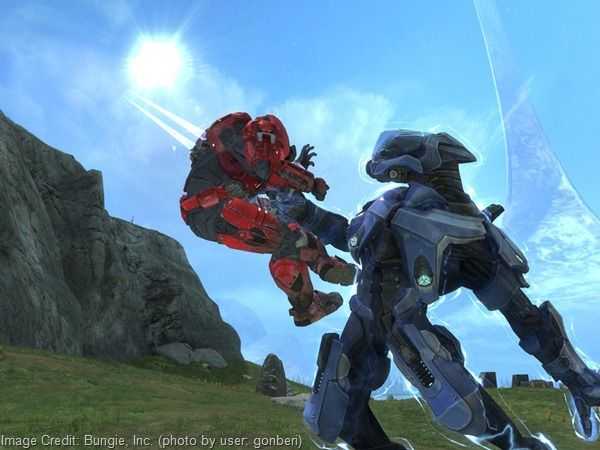 For the most part, the Thunderbolt’s 4G connection was sufficient for competitive gameplay. It felt like being connected to a dedicated home connection, which is very impressive considering that you are getting quality that rivals a direct connection, and speed that outpaces it.

As you can see, the numbers are quite competitive, that is… most of the time. I have to mention that while the Thunderbolt’s 4G connection can get the job done for gaming, it does occasionally crap out in short bursts and greatly impact gameplay. From years of play, I can tell you that it feels like a packet-loss situation when this happens. It’s unclear to me whether this is a result of the 4G connection itself being unable to communication for brief periods of time, or perhaps it’s the fault of the Mobile Hotspot app that may be locking up from time to time.

The Thunderbolt’s connection might have double the latency as my home connection, but if you look at the handy chart below (well, actually the second one down), you’ll find that it’s still within an acceptable range for close-quarters competitive, and even tournament quality gameplay. Long range tournament quality gameplay has an even larger tolerance for latency, so we’re definitely in the clear there.

Jitter on the Thunderbolt’s 4G is also impressively low. The 10ms figure up there means that the latency won’t fluctuate by more than 10ms on average, which is very useful for having consistent and quality gameplay without the connection impacting your ability to play.

There’s also one piece to the puzzle that I haven’t yet talked about, and that’s NAT (Network Access Translation). The NAT has 3 possible states, Open, Moderate, and Strict. For many games, Halo Reach in particular, you’ll need an Open NAT to have the best online experience. This chart shows how peers on a network can/cannot communicate to one another based on their NAT setting:

Unfortunately, the connection from the Thunderbolt has a NAT status that is set to moderate. While not an absolute roadblock to gaming online, when it comes to Halo Reach, this limits the pool of players that you have to match with, resulting in longer times waiting to enter games. Players with incompatible NATs also cannot communicate via in-game voice-chat. There are some advanced settings within the Thunderbolt’s Mobile Hotspot app, but none that I could find that would change the NAT configuration.

The thing that is a bit upsetting to me is that using a mobile data connection for competitive gaming should have been possible for a long time. On certain carriers, and in certain places, 3G connections have the bandwidth to support competitive multiplayer gaming, but they’ve never had the quality necessary. There’s really no reason that 3G connections can’t have high-quality characteristics, but it seems that the current fad in mobile data is to shove bandwidth that we don’t really need down our throats, when perhaps their time would be better used improving the quality of their existing data infrastructure. Have a look at this chart from Halo Reach’s Lead Networking Engineer, David Aldridge:

If you compare this to my chart of tests above, it’s clear to see that bandwidth is not the problem, it’s the quality that is important here. A 3G connection from Verizon could easily serve as the host to a 16 player match of Halo Reach in terms of bandwidth, but cannot keep up with the ping or jitter necessary to support competitive gameplay conditions.

Either way, Verizon’s 4G connection does have what it takes for real-time competitive gaming, though you may occasionally experience bursts of poor quality which will result in awful gameplay. There’s also the fact that the moderate NAT setting will impact your online experience. As a serious gamer, I wouldn’t rely on the Thunderbolt’s connection for gaming use, but it certainly makes an excellent backup connection if your console can connect with WiFi to the Thunderbolt’s 4G hotspot, and would presumably let games online in places that you normally wouldn’t be able to (in the car?).